World of Warcraft is No Longer a Credible World

World of Warcraft is a massively multiplayer online role-playing game, or at least that's what it’s supposed to be.

Over the past decade, World of Warcraft has transformed from a shared online world to something a little bit shy of that. While it is — of course — still an MMORPG, this transformation has eroded a lot of what made its world so compelling.

In this article, we’ll walk through a series of changes that have contributed to this shift, analyze why they were made, and discuss the impact they’ve had.

Instancing in the open world

How this used to work: Quest objectives and progress are visible to everyone.
How this works now: Players at different stages of a quest can see different world states.

Instancing had always been around for dungeons and raids, but the technology was extended to the open world in Wrath of the Lich King. At the time, it was hailed as a powerful new tool for storytelling. Suddenly, quests could have impact — huge impact! Your progress on a quest could transform an entire area and change the state of the world. Or, well, change the state of your world. That bit is important.

While instancing increased the upper bound of excitement for quests, it brought with it an insidious side effect: it broke the open world. With instancing, it’s now possible to stand right next to someone and not see them at all.

A few key uses of instancing might serve to deepen immersion, but the ubiquitous use of it does exactly the opposite. With so many confusing states of presence, you never feel as grounded in the world as before. 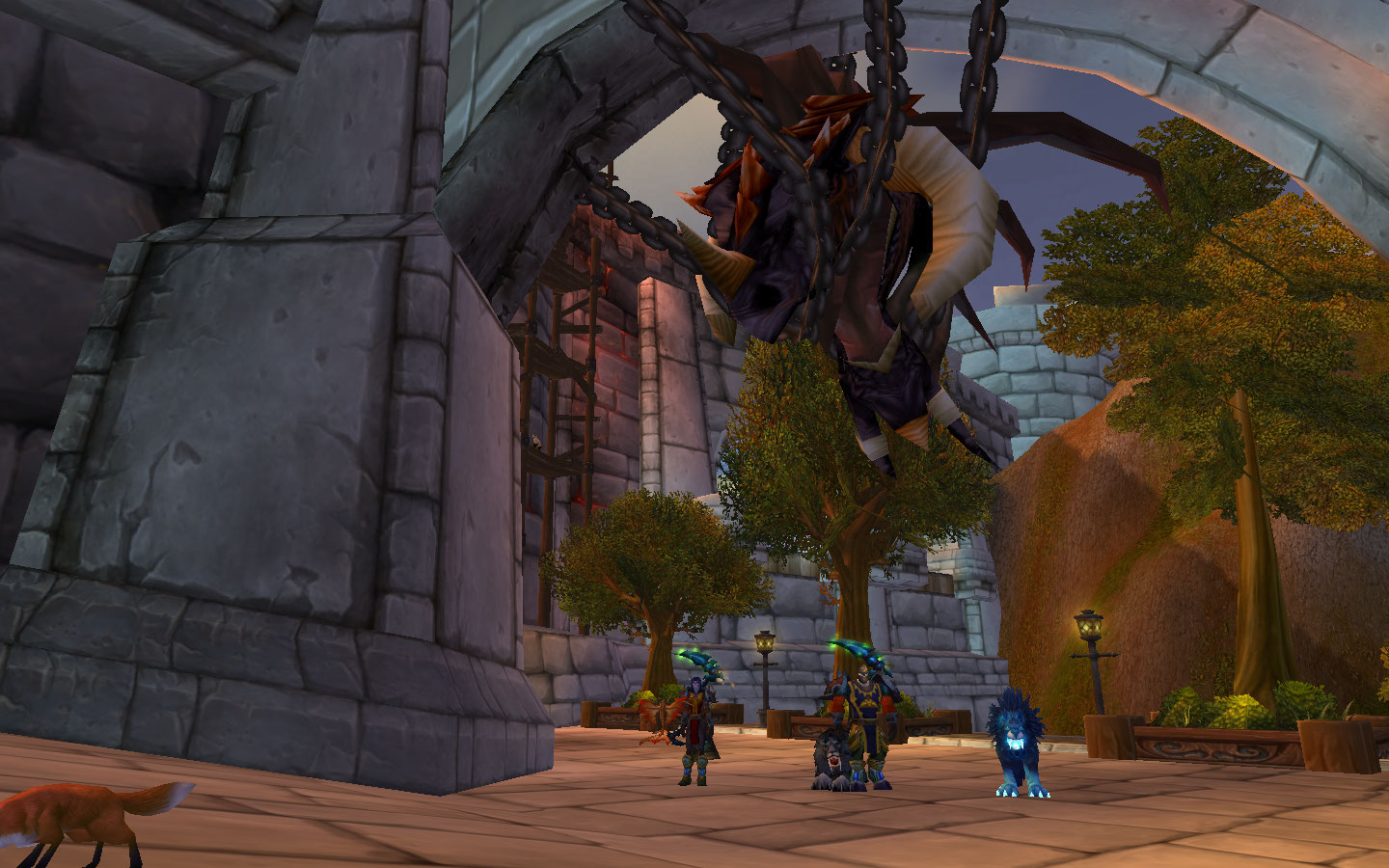 In the past, if you wanted to have a lasting impact on the world you had to do something exceptionally epic. When you defeated Onyxia, the entire server could see your accomplishment.

How this used to work: The first player to hit an enemy gets to loot it. In dungeons and raids, groups can choose between several systems.
How this works now: Each player who helped kill an enemy gets their own private loot from it.

On the surface, individual loot seems like a positive change for players. It ensures everyone gets loot that is valuable to them and avoids the drama of multiple people fighting over the same piece of equipment.

But that scarcity and drama was important. It made the world feel like it had consequence. Players waited tensely to see if a boss would drop something amazing, raced to be the first one to tag a rare spawn, built complex self-regulated loot distribution systems, and told stories about abhorrent “loot ninjas” who would claim items they didn’t need or deserve.

It is precisely this sort of strife that made the loot itself feel worthwhile, because it was never really about the loot anyway. It was always about the chase.

How this used to work: Players invite each other to groups directly, recruiting additional members from LFG/Trade/General chat or the open world as needed.
How this works now: Players use a group finder tool to be matched with other random players for a specific purpose.

I remember being so excited for this feature when it arrived. Finally a solution for those times when you can’t quite get a full group together on your own. But what I didn’t foresee was that group finder would completely replace the traditional methods of finding a group. 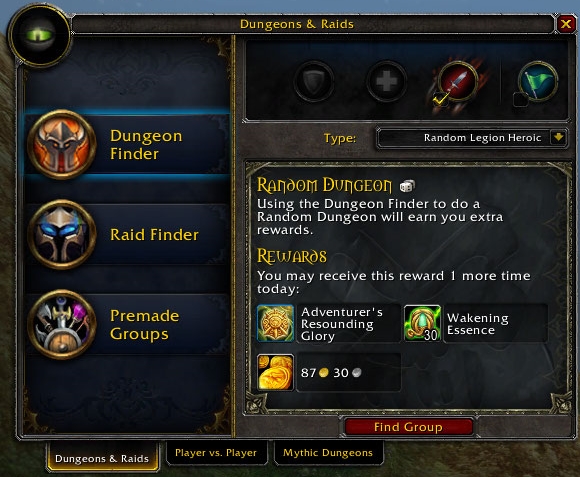 Indeed, group finder removed the need to form real social connections. Instead of building a network of friends and guild-mates who could help fill out a group, everyone can hit the group finder button to be matched with strangers who they’ll never see again.

Without that social connection, dungeons and raids devolve into meaningless grinds. Sure, you may be able to get a few more of them done in the same amount of time, but if it’s possible to run an entire dungeon without ever talking to anyone, then you might as well be playing a single-player game.

How this used to work: Players are normal inhabitants of the world, helping out where they can and sometimes teaming up to do really extraordinary things.
How this works now: Many NPCs regard every player as a hero — the chosen one who is solving the world’s problems.

There are a lot of people in Azeroth, and your character is only one of them. This means it’s very unlikely that you would be the world’s champion, and it means it’s absolutely impossible that every other player character would be as well.

While it’s reasonable to give players a sense of accomplishment, every player can’t stand alongside the world’s greatest leaders or wield the legendary sword Ashbringer. It cheapens the value of true accomplishment — the sort of accomplishment found in organizing a large group of people together to tackle a near-impossible raid.

Sure, it may be epic to stand alongside Sylvanas, but it breaks the world when every single player gets to do that.

A common observation around these changes is that they represent Blizzard trying to keep WoW relevant. As gamers get older, they may no longer have the time to block off four hours for raiding. There may be some truth to this, as much of the gaming public’s attention has shifted in recent years toward team-based MOBA and Battle Royale games with bite-size rounds of 45 minutes or less.

But what World of Warcraft brings to the table is something entirely different and incompatible with any such shift. The idea of a persistent, massive, shared online world is fundamentally at odds with the instant gratification of a more transient gaming experience. Trying to pivot WoW in such a direction might improve player happiness in the short-term, but it risks eroding what made the world so special in the first place.