13 Sentinels is a game about teenagers, robots, Kaiju, and t̶̲̀i̵̛̫ṁ̶̯ě̶̯

13 Sentinels is easily the best surprise of 2020. Come along as I try to explain why you should play this gordian knot of causality and time.

Universal Control attempted to transfer this article to Sector 0, but I’m afraid something went wrong during upload. This article may have been impacted by time dilation and temporal shifting. We apologize for any confusion.

t̵͔̅̚h̴͓̳̆̾e̸̤̺͌͠ ̴̡̡̈ḟ̷̰͝inal image complete. 13 Sentinels: Aegis Rim is an intricate set of overlapping strands, an impressive, complexly woven narrative. Odds are if you take the plunge, you’ll be thinking about it for far more hours than you spend playing it. It is perhaps one of the finest examples of a story unique to the medium of games in recent years, and will almost certainly be the sleeper hit of 2020.

Just looking through these screenshots, I’m impressed with how visually stunning Aegis Rim manages to be with its more rudimentary style. Characters run through vibrant settings with rich colors...

...but then, when the destruction rains...

The color palette becomes more muted and dull, contributing to the sense of loss. It’s like the very life and color of the world have been squeezed out.

There are huge vistas on every horizon, with sprawling skyscrapers or piles of rubble. They serve to make the Deimos and Sentinels look even more grandiose when they finally arrive, as they tower over everything.

Minami’s first encounter with a Deimos made me jump.

Aegis Rim took five years to make, due in no small part to the hand-crafted nature of its enviornments and animation templates. The attention to detail really shows.

You know from the onset of 13 Sentinels: Aegis Rim the final goal will be to protect the earth from Kaiju—the non-linear style of storytelling ensures you see the ending first. Each character’s prologue opens with a small combat encounter, as they show up to join some future fight. Their individual stories then, trace the journey there, from high schooler to mech operator.

These start with simple goals. Juro and his buddy Shiba just wants to play games at Amaguchi’s house. Iori wants to chill with her friends after school and pick up some tasty treats. Minami needs to hide her new alien friend from the Men in Black running around the school. Keitaro Miura is a boy out of time, who needs to find a way back to 1940 so he can help Japan win the war.

Minami and her pal BJ here were a real joy.

But, as the revelations come one after another, what’s actually at stake for everyone climbs to dizzying heights. These aren’t revelations like “oh no, Kirisagi likes someone else” or “who will I ask to the culture festival?” They’re revelations that completely and fundamentally force the cast to question basic rules of their universe. It would be like if you found out tomorrow gravity can be reversed with one simple trick, or woke up one day only to discover you’re the only one who remembers your childhood pet.

And it’s here where I have to punt, lest I risk revealing the real joy of 13 Sentinels: Aegis Rim. The onus will be on you to see outside the perspective of the characters and start putting the whole picture together, one piece at a time. Any seeming logical inconsistency or contradiction in Aegis Rim’s story isn’t a mistake, but a clue, a loose thread that can be tugged apa̴r̶t̴.

Characters will occasionally be locked off until certain milestones are reached, which encourages rotating around.

Stop me if you’ve heard this one—a group of spunky teenagers are given the power to control giant robots to save the world from extinction. I’m sure some examples are already springing to mind. 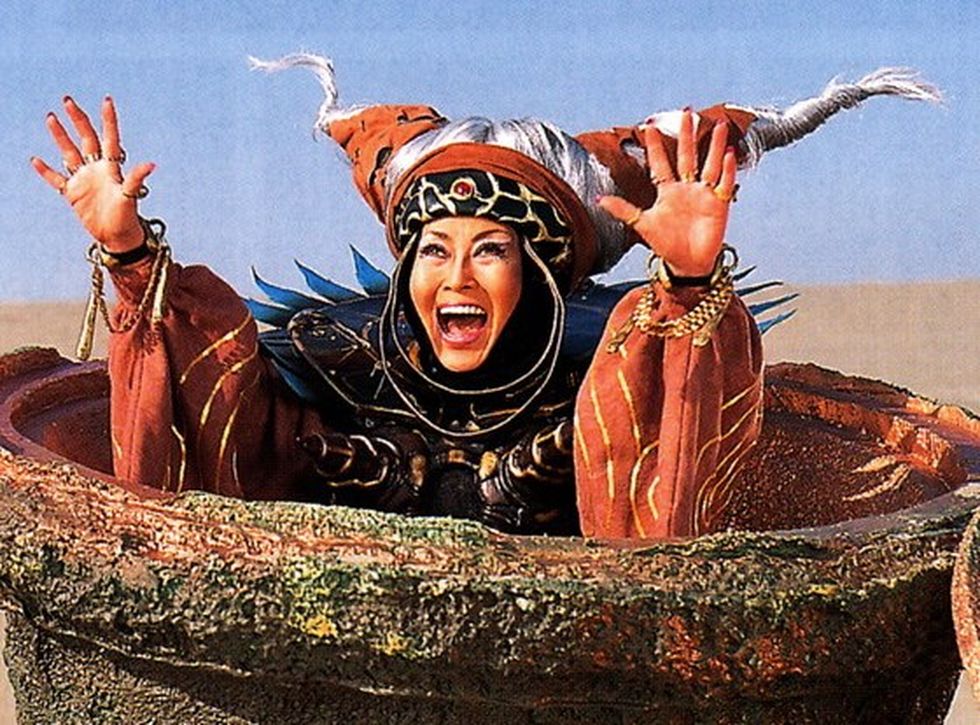 If you don’t have a lot of familiarity with anime and are about my age, I bet your first thought involved a certain witch imprisoned on the moon for ten thousand years.

However, this particular set of students come from 1945, 1985, 2025, 2065, or 2105. The lines of time blur fast in 13 Sentinels: Aegis Rim as you ping-pong between the protagonists, getting little glimpses into their lives in short intervals. Their stories intertwine, overlap, and intersect in unexpected ways. You’ll bump into familiar faces everywhere you go, and a friend in one person’s story may be the enemy of another—but more on the specifics later.

Thanks to the non-linear nature of the storytelling, you won’t have to wait until these personal journeys are complete to hop into a mech. Every prologue opens with a short combat sequence, a flash-forward to an unknown point in time where a battle is underway.

Once the prologue battles are done, all future fights for humanity take place in a separate mode entirely. It’s here where you assemble your team, customize your mechs actions, and take the fight to the Deimos one two-minute interval at a time.

The actual gameplay is something of an RPG-turned-Tower Defense experience, as waves of Deimos spawn in and assault the nearby terminal. What your crew is capable of depends on the mech—G1's are heavy, close-range brawlers, G2's are multi-faceted support mechs, G3's are built for long range engagements, and G4's are highly mobile and capable of flight. Your team will need to hold out until Aegis Lockdown completes.

The screen gets pretty busy during these battle sequences. Fortunately, time slows to a crawl while you make your choices.

There’s two complications at play here. The first is the increasingly complex types of Deimos you’ll encounter. Fliers, heavily armored carriers, missile launchers—these “Kaiju” got the works over there, and no chill about using it all. In the early missions it’ll be a simple thing to fire off a few missile barrages and call it a day, but later on you’ll encounter Kaiju with different resistances and properties. You can muscle your way through a lot of this game, but you’ll eventually hit walls that require actual strategy to overcome.

The second complication is your pilot’s limitations. Being at the helm of a Sentinel is a lot of mental work. Pilots can only go so long before having their brains overloaded, which means after two maps any participating pilots need to sit it out. This forces you to rotate through the whole cast, meaning a super-powered team can’t just crush the Kaiju on their own and call it a day.

The bar above each character’s profile shot here indicates their fatigue level. Once it’s full, they’ll have to sit out the next engagement due to BRAIN Ö̶̳́V̷̞̓E̶̯͝R̶̢̽Ĺ̴̜O̴̟͊À̸̦D̸̥͆.

As the game progresses you’ll be able to unlock new weapons for your mech arsenal, and eventually power them up directly. High scores are rewarded with more meta-chips (the currency used for powering up aspects of your mech), giving you an incentive to shoot for the best possible results to maximize your gains.

There’s no shortage of options on where to spend your meta-chips.

One other note—If you don’t care about optimizing your score, you can rest between rounds and keep using the same team. I don’t recommend it, partly because it ruins the narrative immersion, but also because it resets your score multiplier. It might seem like a good idea at first, but you’ll pay for it by the end.

To discuss 13 Sentinels: Aegis Rim is to discuss two seemingly divided games, but the truth is one mode informs the other. The non-linear nature of it, the forced transitioning, it's all there to simulate your 13 protagonist's confusions. Every single one of them is solving some kind of mystery, and the game's presentation forces you into a similar mindset.

But I'm getting ahead of us somewhat. Better, I think, to start with what exactly these two games are like and how they inform each other. It all starts with a city under attack and a group of teenagers who show up to save ĭ̴̧t̷̞̀.̵̻̇

13 Aegis Rim asks more of its player than the average game. It invites you to be an active participant, to question all you see and hear, and to keep track of the data you’ve compiled so far. Each character’s tale is but one strand in a giant tapestry. And only when you have it all in plac̶̥̈͝é̶͇ ̷̱̕i̷̯͚͝s̵̩̥͗ ̶̨̏

At the time of writing, 13 Sentinels: Aegis Rim is only available on Playstation 4 and 5.