A Tale of Two Fallouts

War, war never changes. But Fallout's ending structure does, and maybe not always for the best.

In a previous article about Joseph Campbell's "The Hero's Journey," I mentioned games in the Fallout series as negative examples of a resolution. The truth is, while Fallout 3 is a great example of poor resolution, two entries in the same series have excellent examples of how to end an open world game.

I will now spoil the ending of Fallout 3 in great detail. 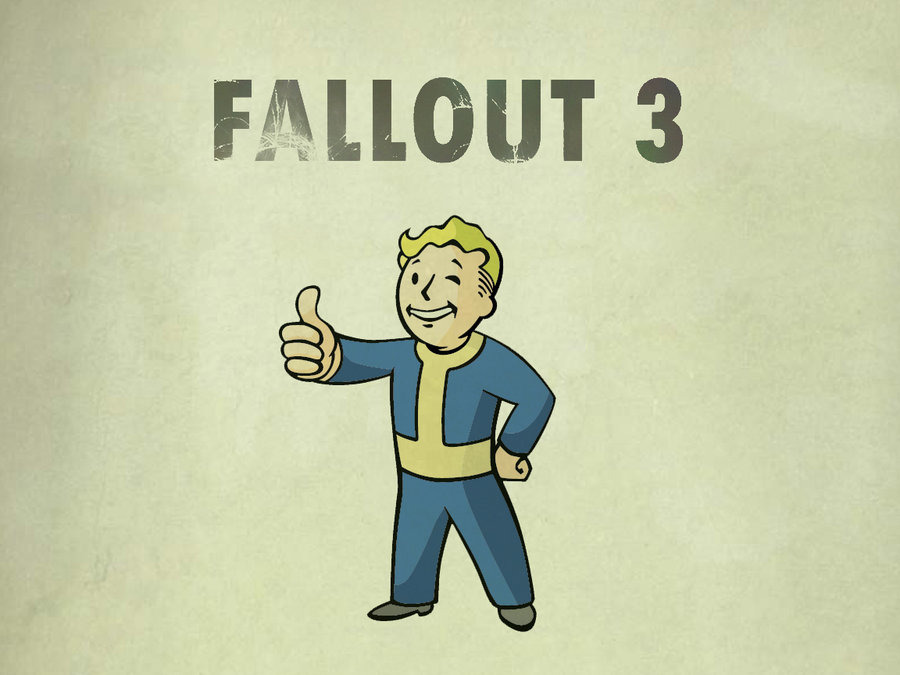 In Fallout 3, the player obtains the GECK, a device which will activate a purifier and restore life and vegetation to the barren Capitol Wasteland. Alternatively, you could do absolutely nothing. Or, if you wanna be a monster, you can place a modified F.E.V. -- a Forced Evolutionary Virus -- in the device that kills all radiated creatures, which in the world of Fallout basically means anyone who's ever breathed outdoors. All of these options have serious, lasting impacts on the world the player has known for the past however many hours. And how is this resolution revealed to you?

In the form of a two minute cutscene, with descriptions so non-specific about the outcome of your choices it feels like the narration need not be there at all. Here’s the ending I got, and the fact I can include every line here ought to be an indication of just how short it is.

And so it was that the Lone Wanderer ventured forth from Vault 101 intent on discovering the fate of a father who had once sacrificed the future of humanity for that of his only child.

I have no particular problems with this line. As an opener, it establishes where we started, and after many hours in The Wasteland, it’s kind of nice to be reminded how far we’ve come.

The Capital Wasteland proved a cruel and inhospitable place.

It was not until the end of this long road that the Lone Wanderer learned the meaning of the greatest of virtues -- sacrifice. Stepping into the irradiated control chamber of Project Purity, the child followed the example of the father, sacrificing life itself for the greater good of mankind.

Here it is. Forty hours of looting, shooting, scavenging, and tough decisions boiled down to two sentences. The first time I did this, I didn’t make it to the activation button in time. I died from radiation before activating the GECK.

Here's the narration I heard instead.

It was not until the end of this long road that the Lone Wanderer was faced with the greatest of virtues -- sacrifice, but the child refused to follow the father’s selfless example.

What? Refused? I died trying to save humanity! And you’re telling me my companions just watched it happen, didn’t bother stepping up to help? Dying wasn't Sarah Lyon's first choice, certainly, but I have a hard time believing she wouldn't jump in to help once my lifeless body hit the floor. 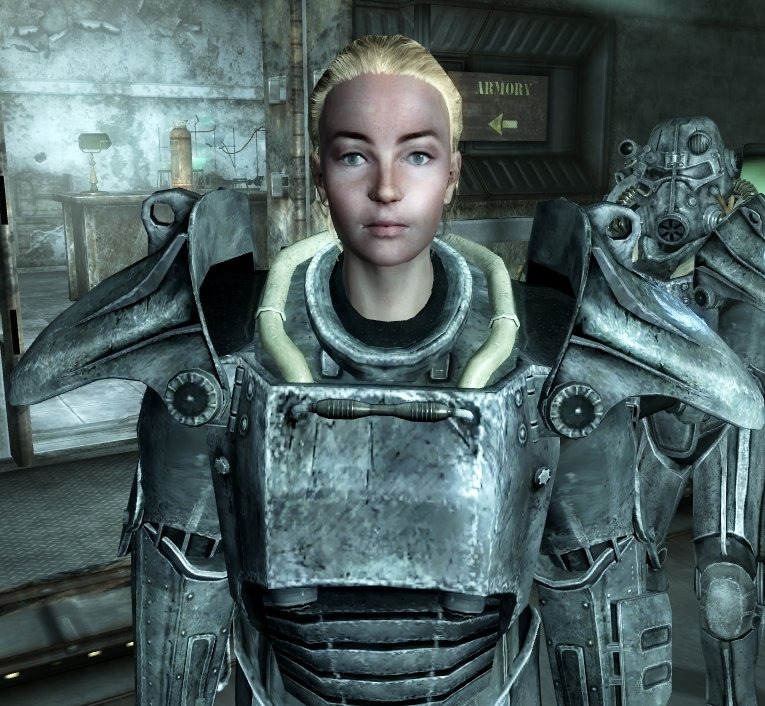 You know what you did, Lyons.

The line above is actually from the bad ending, but it plays in any circumstance where you did not sacrifice yourself -- even if you sent in Fawkes, a character immune to radiation poisoining.

The real sin? This ending is almost over. There’s only two Ron Perlman narrations left.

Thankfully, when selected by the sinister president to be his instrument of annihilation, The Wanderer refused. Humanity with all its flaws was deemed worthy of preservation. The waters of life flowed at last, free and pure, for any and all. The Capital Wasteland, at long last, was saved.

Hey, that thing you knew would happen, happened! Good for you!

On a personal level, it irritates me two of these sentences are about the choice you didn’t make. The one that is then describes how you saved The Wasteland in the vaguest possible language.

So ends the story of the Lone Wanderer, who stepped through the great door of Vault 101 and into the annals of legend. But the tale of humanity will never come to a close, and the struggle for survival is a war without end, and war -- war never changes. 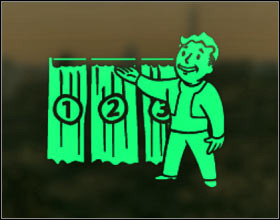 So what did you learn exactly? Well, you saved the world. Rah rah, go you! After forty hours though, it doesn’t feel very rewarding, does it? But why not?

The cause of a large outcry of disappointment, I think, stems from one major problem. There are plenty of small oversights I could harp on for days, like a line from the “bad ending” being borrowed for any kind of non-sacrificial choice, but these are small compared to the largest issue.

If you're interested in writing, you've probably heard the phrase "show, don't tell" before, and right now, we're getting a lot of telling -- and even then, its all about the wrong things. We seem to have skipped the Return of the Elixir step entirely too, which is a little ironic, considering we activated a literal planet-fixing elixir.

As I mentioned back during "The Hero's Journey," Step twelve's Return of the Elixir is more than just its literal description. It’s also the result of the elixir coming back, how it fixes problems in the ordinary world the hero left behind.

To me, the choice itself is not as important as the impact its had on the world I’ve spent the last eight or eight-hundred hours in. Being told the GECK worked is all well and good, but how exactly? What does it mean for the people I met, the places I’ve been?

You can imagine my disappointment then, when Deus Ex: Human Revolution ended with a monologue from Adam Jensen over some stock footage, completely devoid of any other people.

Or how about Mass Effect 3’s original release ending, where many players felt their final choice merely determined the color of an explosion?

Fallout 4, sadly, repeated the mistakes of its predecessor, turning the ending into a “choose who wins” button press with little falling action.

And the strange thing is, one of my favorite examples of a good resolution is Fallout 3’s predecessor...

War might not change, but the Fallout series sure does.

What with being a 1998 PC game and all, Fallout 2 can’t hold a candle to Fallout 3’s production value, but I still found its resolution to be far more comprehensive and fulfilling.

The funny thing is, Fallout 2’s ending is almost identical to Fallout 3, right down to the player obtaining a GECK. It even cycles through static images in the same way, albeit at lower resolutions and without any fancy zooming and cross-fade transitions. So what did it do differently? Well, this. 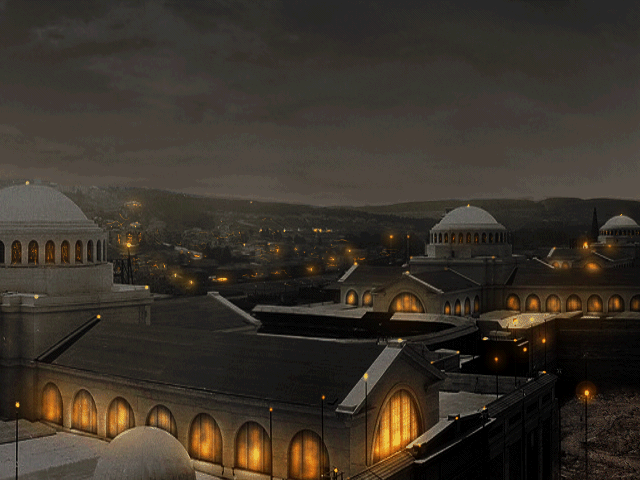 After the Enclave’s destruction, the refugees of Arroyo and Vault 13 resettled, building a new community with the aid of the Garden of Eden Creation Kit. Finding themselves hundreds of miles from their Vault, the members of Vault 13 chose to join the villagers in establishing a new community, and their technical expertise, combined with the villagers survival skills, allowed the new settlement to grow and prosper. Two generations of the same bloodline were re-united, and their savior, the Chosen One, became Elder, presiding over the village in the years to come.

(Note: In game, this text takes forever to appear, one line at a time. I thought I'd save us all the trouble and type the whole thing out instead.)

There’s one of these for every single important person, village, and organization you encounter during Fallout 2. You’ll know the fate for everyone you met, and understand what your meddling did for their lives. This is the perfect way to end an open world game, I think, to let the player know what impact they had not just on the world at large, but the small microcosms and communities they encountered along the way.

Now, it isn't perfect. It'd be great to see actual, in-game activity of what transpires, but this requires a lot of time and resources that aren't always available. The important part in this case isn't the presentation, but what information we receive about the world. 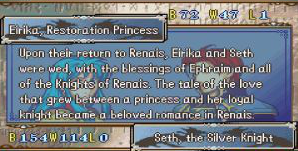 The Fire Emblem series has always done something similar, providing a small paragraph about your individual characters and the life they led after the events of the game.

For a more recent example in the same franchise, Fallout: New Vegas took a similar approach that combined both styles. The Ron Perlman narration starts by addressing the choice you made to end the game, but then goes on to tell you the fate of every town, major character, and companions you traveled with.

Instead of getting closure on one story, its closure on thirty. It's a format that makes far more sense for a game about exploring a massive world, where every player could help -- or hurt -- entirely different communities.

In recent years, I see fewer and fewer of this style of ending, despite the fact many games seem perfectly suited for it. I'd love to see a return to resolutions where how these microcosms are affected by your actions is treated with equal importance to what the player chose to do, instead of quickly wrapping to a close as soon as the choice is made.