2016 was a year that saw me get deeply involved with theme park simulation, among other pursuits. Here are my top 10 games. 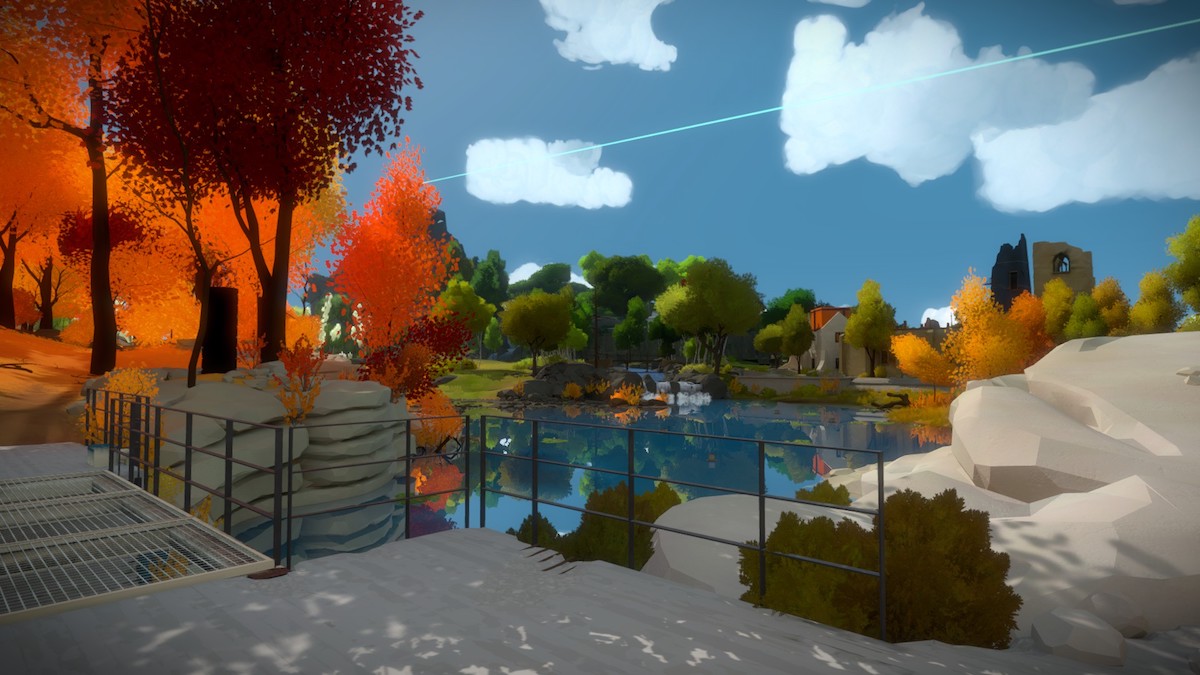 The Witness presents a world that can totally absorb you. It won't hold your hand through it, but if you're observant and persistent enough you'll eventually find your way. The island is gorgeously rendered and full of fantastic little details and increasingly devious puzzles that make exploration and discovery really special. 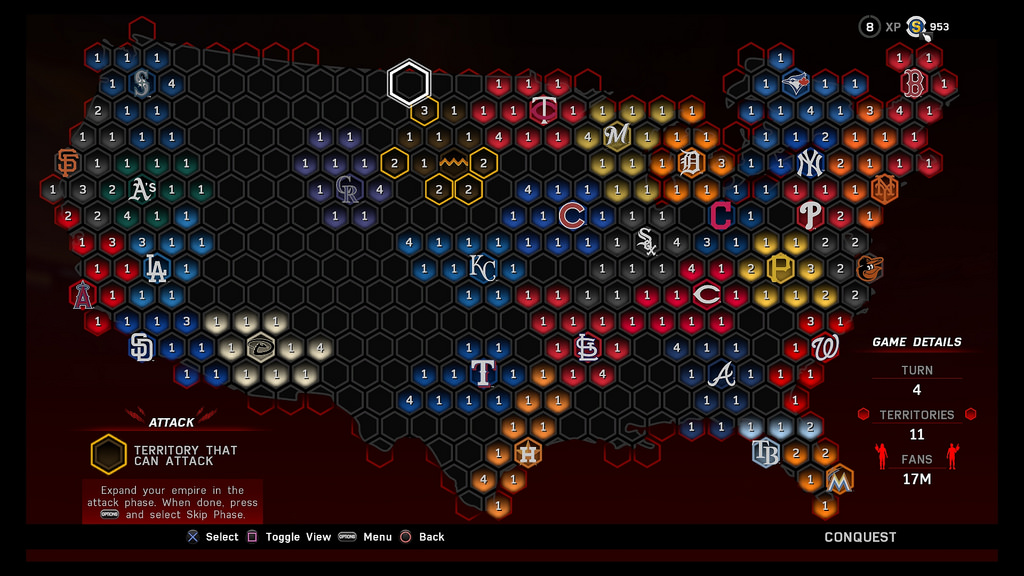 The San Diego Padres 2.0 started in the midwest with a modest group of devoted fans. But before long they had taken on the Twins and the Rockies, gradually gaining territory, laying the foundation for a baseball empire that would stretch across the nation.

This is Conquest mode in MLB The Show 16, and it's nuts and fun and fun-nuts. It's not the only great thing about The Show 16; there's also the rock-solid baseball mechanics and beautifully recreated ballparks. But Conquest mode stuck out to me as something pretty weird and special, and something that solidifies MLB The Show 16 as my #9 pick. 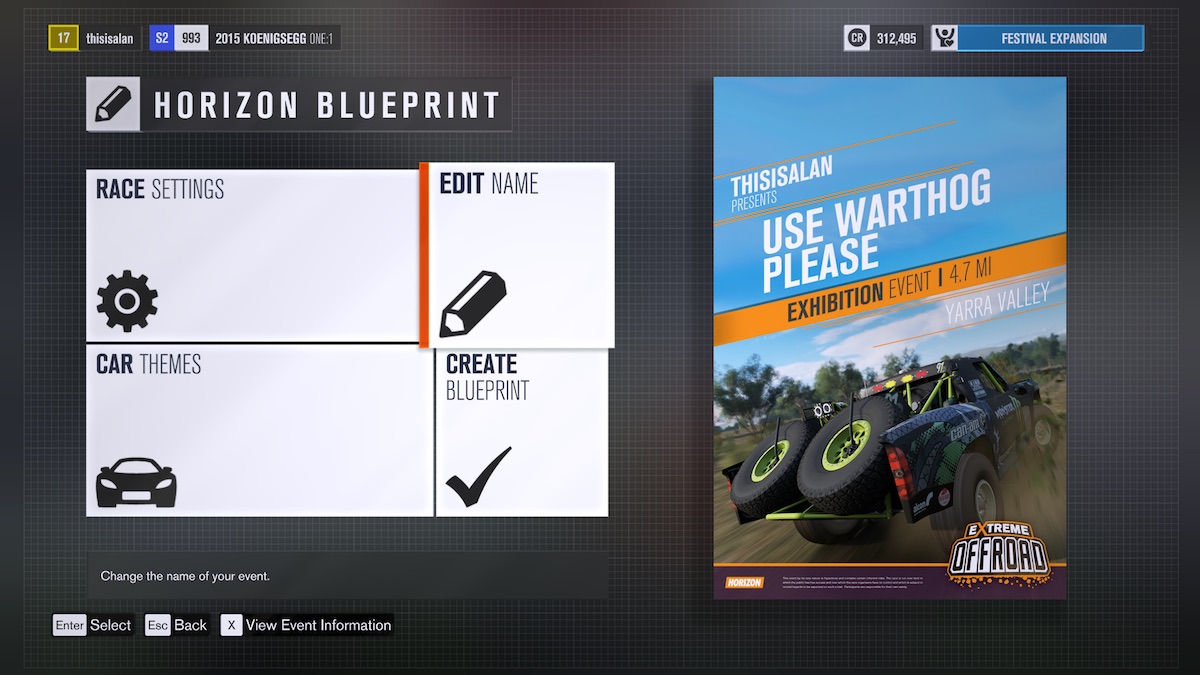 Forza Horizon games are playgrounds — whether it's the Colorado wilderness, the European countryside, or (in the case of FH3) the Australian Outback. I was a bit skeptical at first, but Australia proved to be an excellent venue for another Horizon romp, packed with plenty of stuff to do and a great variety of environments.

They don't change up the formula much from previous Horizon games, which is just fine with me. More Forza Horizon is best Forza Horizon. 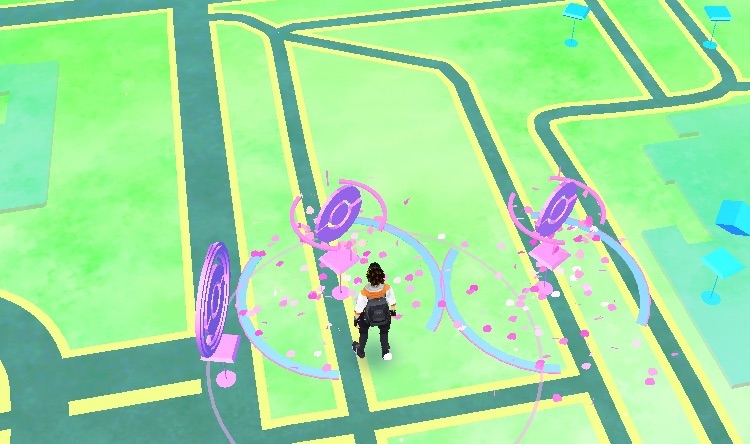 Well, this was a crazy thing, huh? I think my prediction from January was reasonably on the mark about its effect on human interaction, but this effect was shorter-lived than I would have hoped for.

Yes Pokémon GO has totally changed the landscape of our neighborhoods now that we all know where the PokéStops and gyms are. However, I really wish it had backed that magic up with an actually compelling set of gameplay mechanics, especially where battles are concerned.

I think it still deserves a spot on this list, because it really was something special when it debuted, but it could have been so much more. 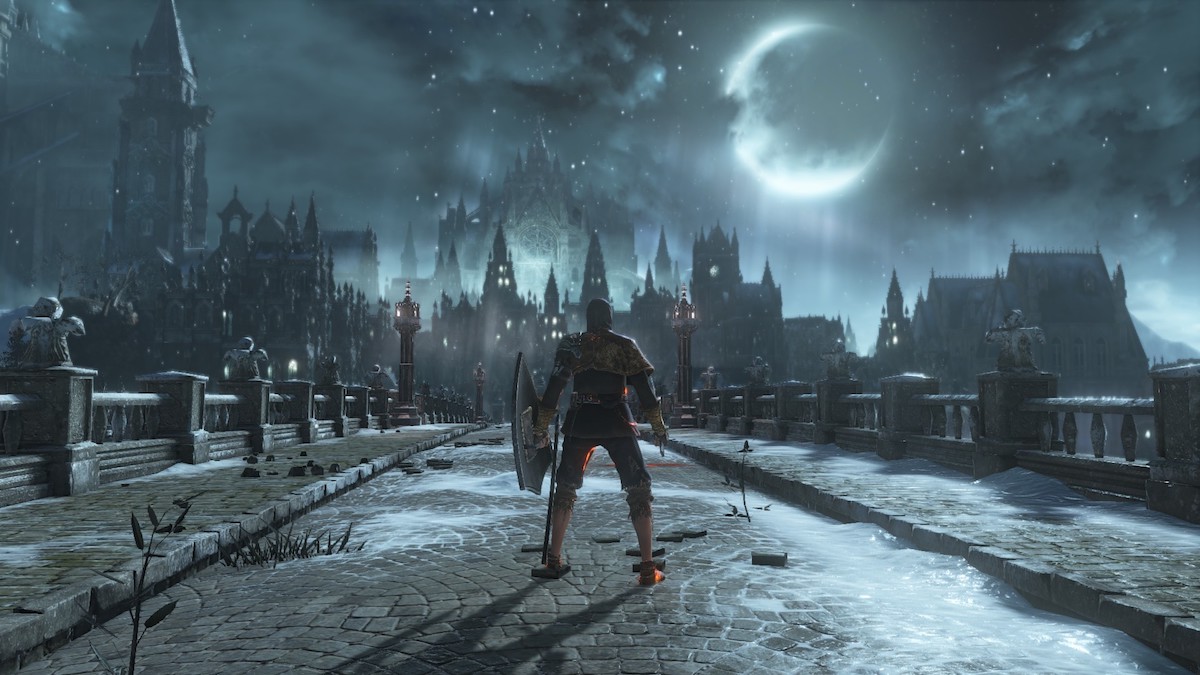 Dark Souls III delivered on what I'm always looking for out of the Dark Souls franchise — namely, more Dark Souls. While I didn't find it to be quite as memorable of an experience as previous games in the series, I still had a great time with it.

There's really not a whole lot more to say here. Oh, except SCREW THE GODDAMN DANCER OF THE BOREAL VALLEY. 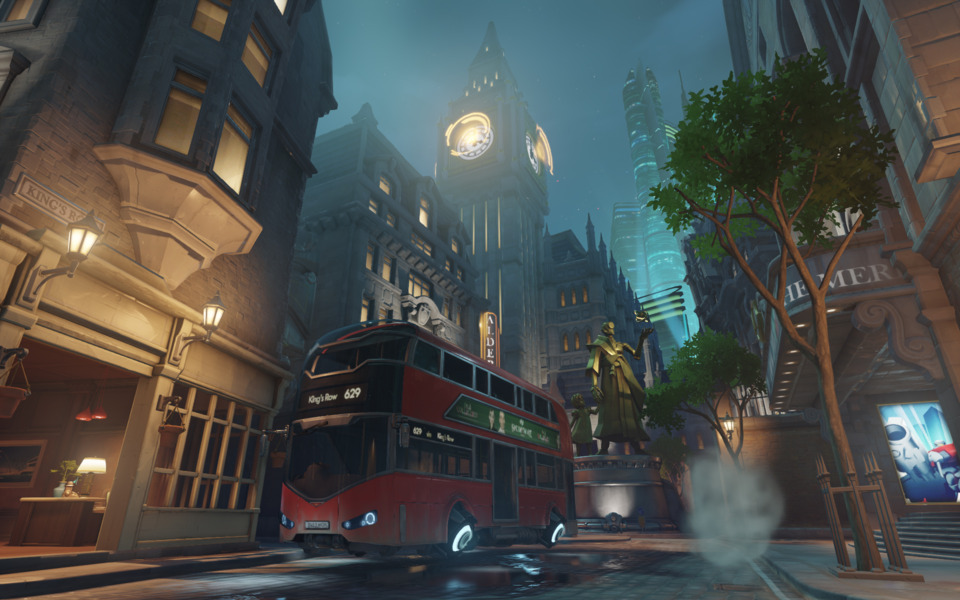 When I played my first few rounds of Overwatch at BlizzCon, I was a bit skeptical. It felt like Team Fortress, and I didn't feel particularly good at it, or excited about it. But as it progressed through beta and release, I learned to really love and appreciate it.

Overwatch is — as you would expect from any Blizzard game — incredibly polished, incredibly well-balanced, and incredibly fun to play. Its characters are extremely memorable, its environments are uniquely beautiful, and its gameplay is deeply satisfying. 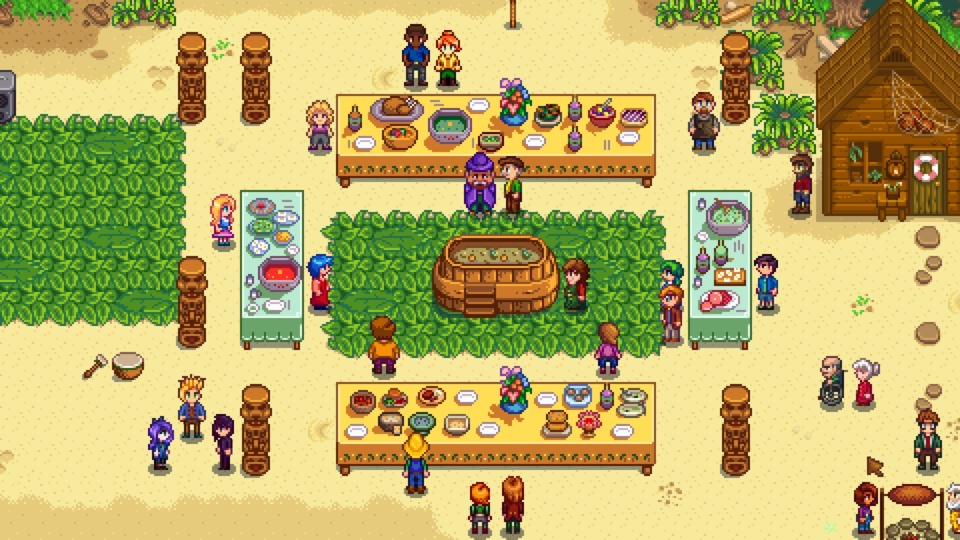 This was a surprise late addition to my list! As someone who tried, but failed, to care about Harvest Moon games, I was surprised at how naturally I fell into Stardew Valley.

There's something intrinsically enjoyable about waking up each morning to another day in your delightful little farming town, spending time getting to know the locals, and gradually building up your farming empire. This is a game I can definitely see myself spending a lot more time with in 2017. 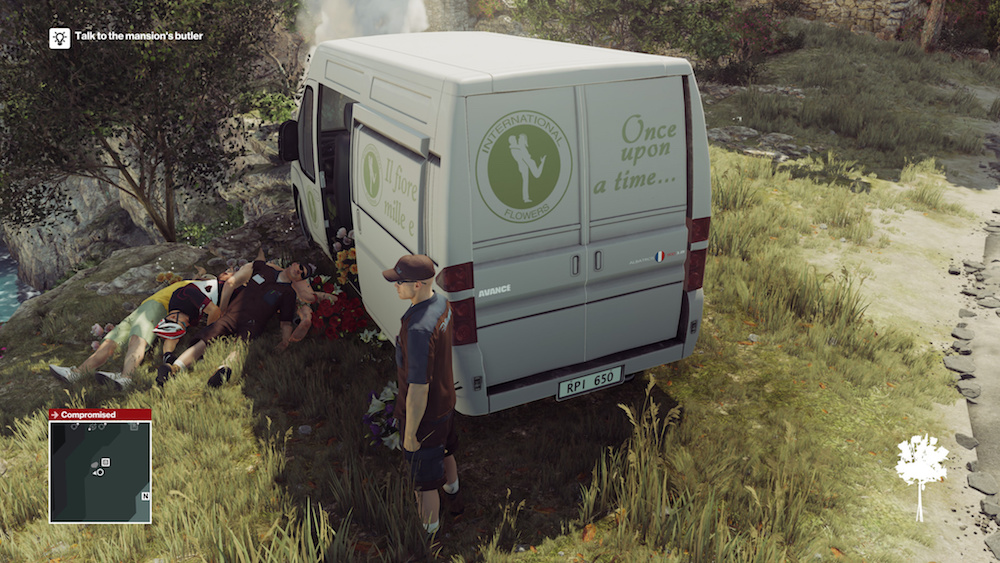 This was another late addition to my list, but since Trevor gave me a copy as a gift in December, I've played over 100 hours of it. There is so much variety, strategic depth, and hilarious ridiculousness here that it makes it a really tough game to put down.

Given that they IO Interactive only keeps improving and expanding the game, this is another title that I can easily see myself putting many more hours into throughout 2017 and potentially beyond. 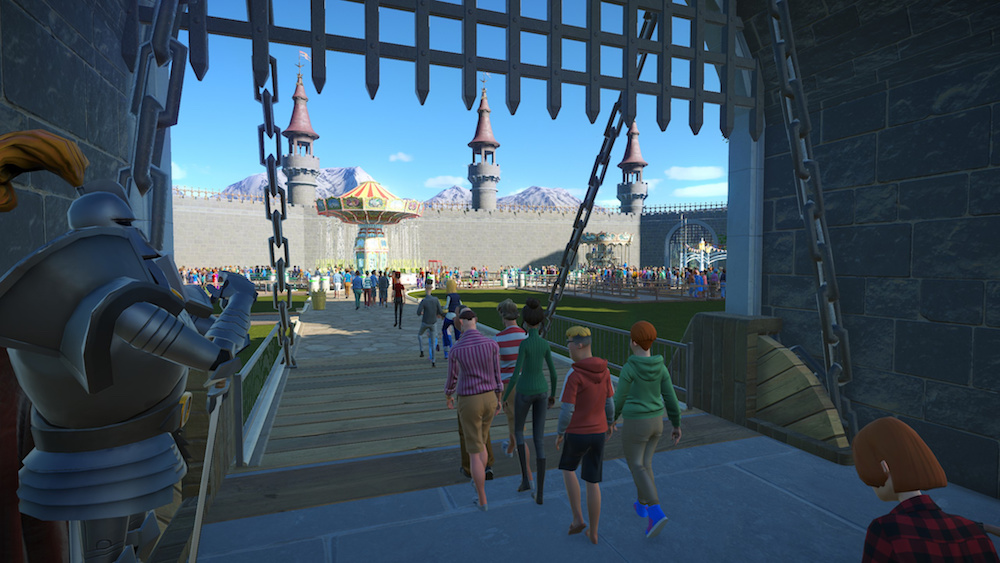 Oh wow, oh wow, oh wow, Planet Coaster. What a game of a game. This came out of nowhere for me, but instantly had me hooked with its infectious charm and mind-blowing attention to detail.

From the team that brought us Roller Coaster Tycoon 3, Planet Coaster gives you control over everything from the broad layout and structure of your park, to the most intricate and minute details.

I've spent countless hours fine-tuning decor on buildings or in ride queues, with the satisfying reward of seeing my work beautifully rendered in a simulation of massive scale. I don't know how Frontier pulled this off, but Planet Coaster is a staggeringly impressive showcase of simulated theme park glory. 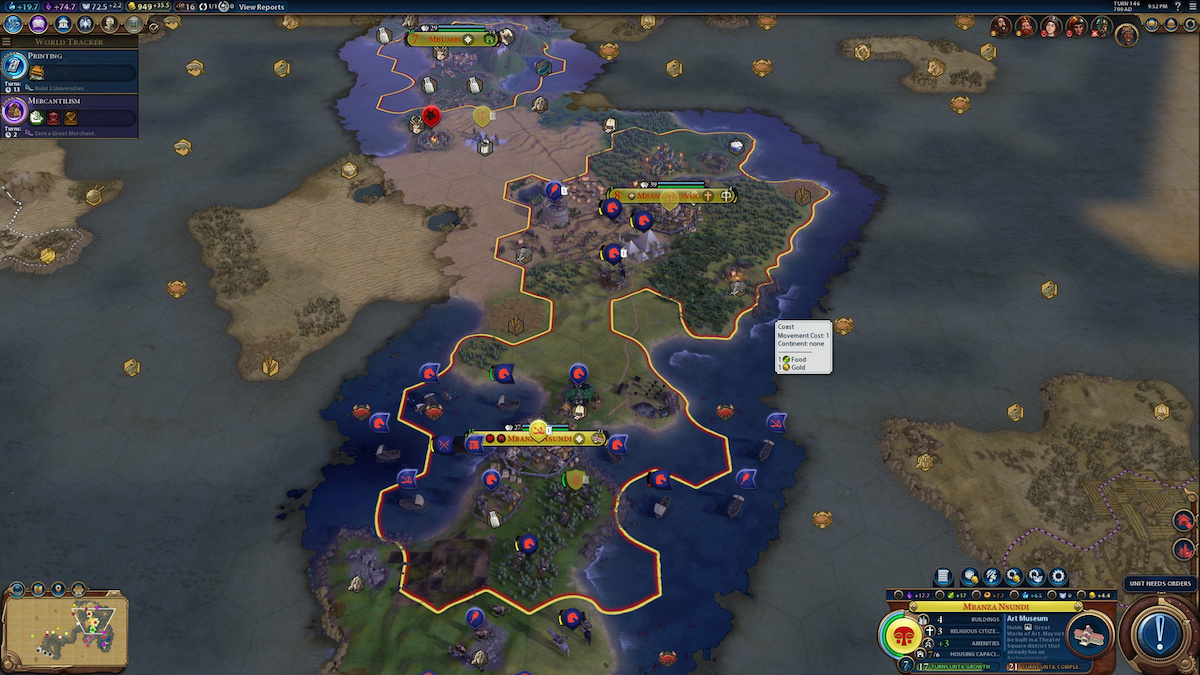 2016 was a big year for Civilization in my book. I spent a lot of time with Civ V, trying to clear through as many achievements as possible in advance of Civ VI coming out. It is then a great testament to Civ VI that it not only managed to hold my attention, but managed to completely blow Civ V out of the water in my book.

Civ VI is a masterful blend of approachability and complexity. There's an amazing amount of depth here if you want it, such as the intricate interplay of inspiration triggers and their ability to speed up your science or culture trees. But there's also a nicely presented, readily approachable virtual board game here that anyone can pick up and try their hand at.

Civ VI is incredibly well-made — perhaps the best Civilization game ever made — and truly deserves a spot at the top of the list for 2016.