Ghost of Tsushima is already a monumental hit, but the new multiplayer mode made it even better.

Ghost of Tsushima was this summer’s biggest hit. Set in the Kamakura period of Japan, Ghost of Tsushima tells the story of Jin Sakai as he fights to protect his home from a Mongol invasion. Despite my usual aversion to open world games these days, I can safely say it’s worthy of all the praise and then some. It’s visually stunning, tells a compelling narrative, and even received praise in Japan for accurately representing the era.

Since release, Sucker Punch has done a monumental job supporting Ghost of Tsushima. A few months after release they added “lethal mode,” a difficulty level which, as the name suggests, makes all weapons uniformly deadly. It goes both ways -- you can tear through enemies easily, but one wayward spear thrust is enough to end you.

But, in a more recent update, Sucker Punch delivers even greater goods. 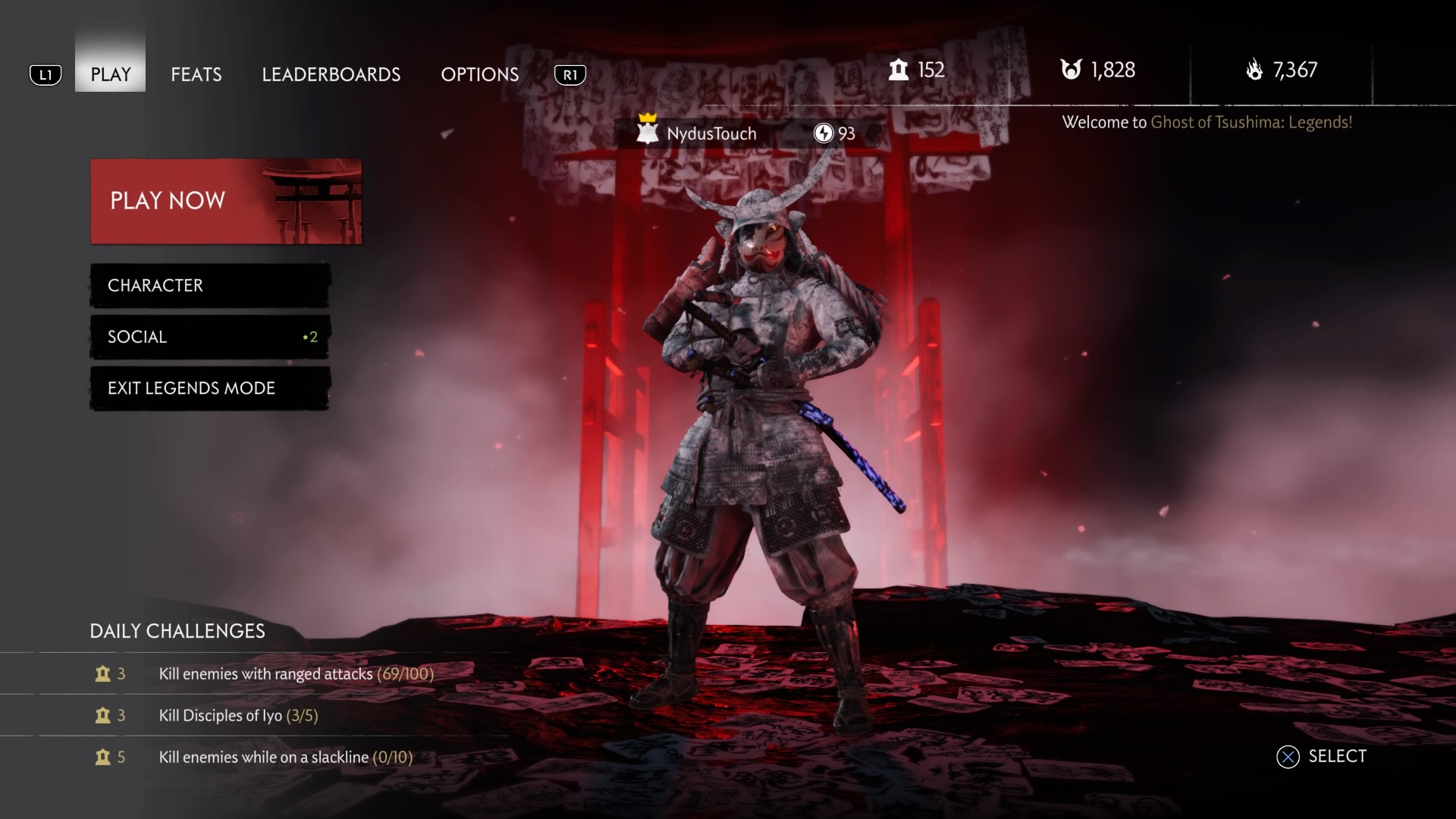 Legends Mode is now live, a separate multiplayer component with independent leveling and class systems. There are two available options currently, survival and story. In survival, you and three other samurai defend a location in Tsushima from waves of attackers. In story, you and a friend experience a mystical tale of Tsushima. Each one has a unique set of challenges, and typically requires some amount of coordination. There are enemies who regenerate unless killed simultaneously, blessings from the kami to enchant your swords and make particular foes weak — it’s complex, but not so complex it’s impossible to coordinate with a stranger. There’s a basic ping function, which suffices for communicating intentions. 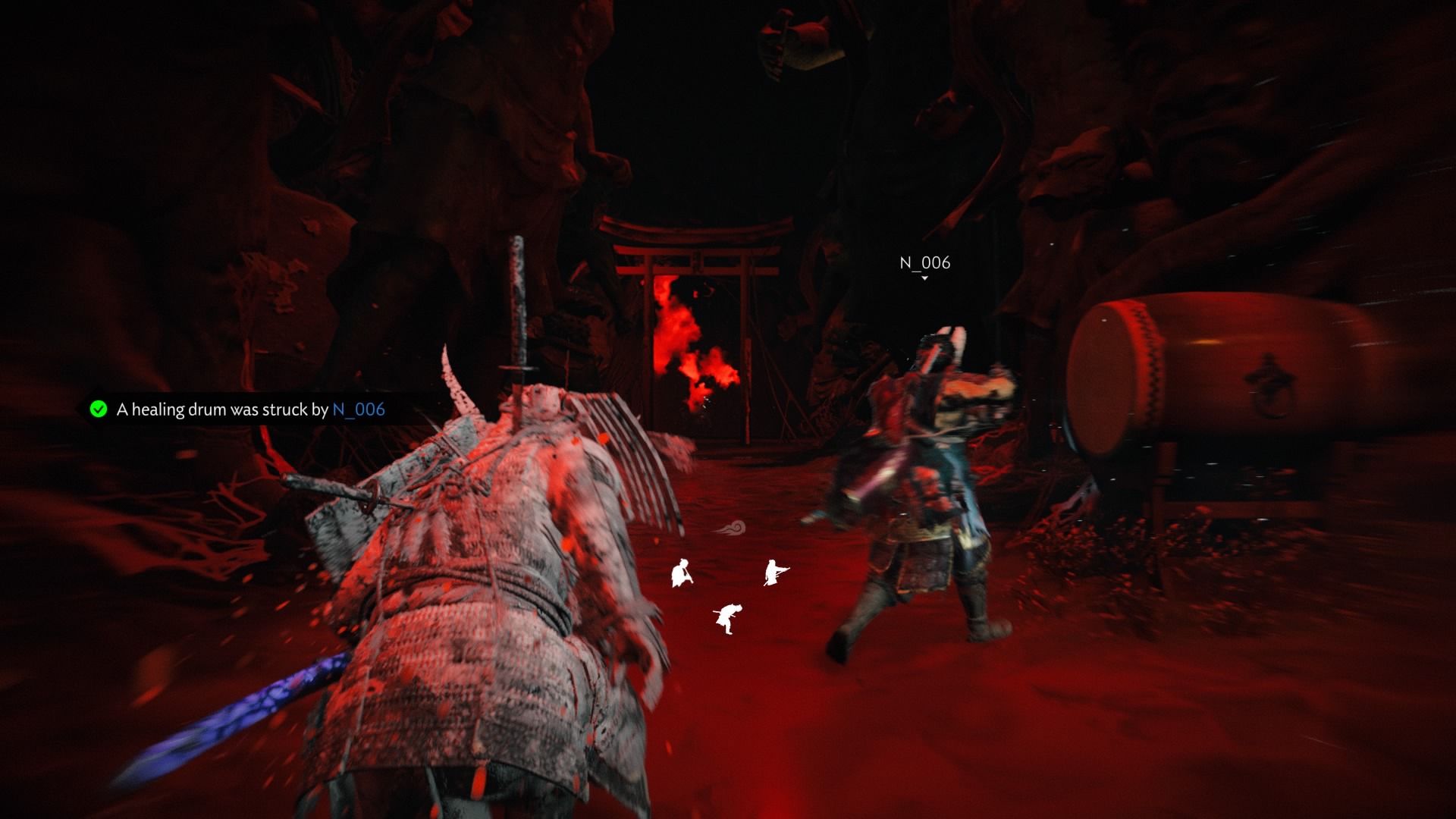 A few UI elements exist to alert you about what your team is up to.

In the biggest departure from the core game, Legends leans into more class-based gameplay. Every player chooses a role at the onset. Samurais excel at staying in the fray, Hunters hang in the back flinging arrows, Assassins do the stabbing, and Ronin serve a more supportive role, capable of healing from afar and summoning spirit pets. Over the course of playing you’ll eventually unlock all roles, but it takes some time to do so. Thankfully, Legends doesn’t take these classes to limiting extremes — Hunters still have a sword, for example, and Assassins have plenty of tricks to break line of sight once spotted. 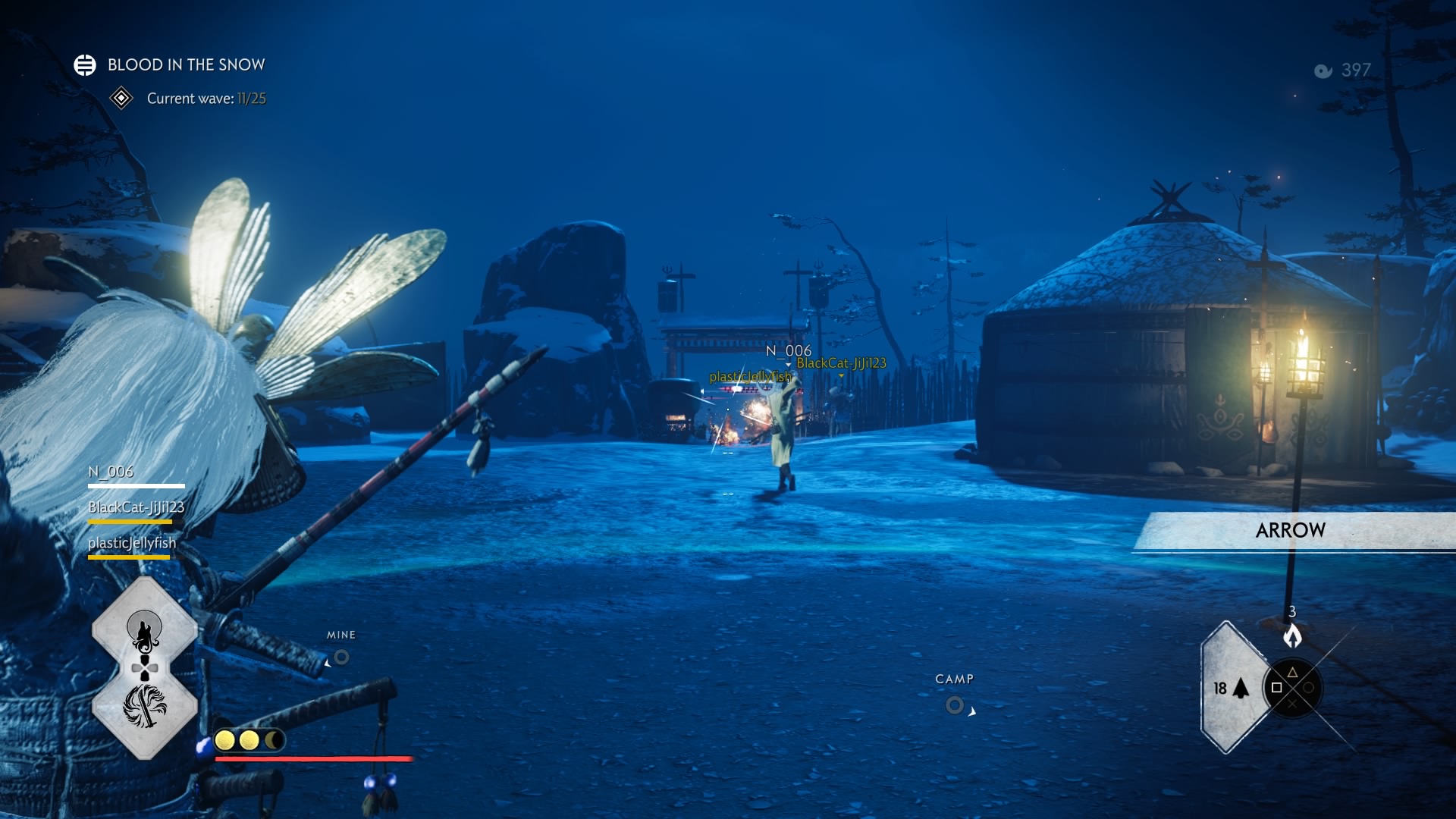 Samurai still get to bust out a bow, they just don’t get any fancy tricks with it.

While the narrative in Ghost’s story stays down to earth for the most part, Legends Mode goes the whole other direction, introducing Tengu, demon dogs, supernatural powers — the spiritual works. While much of these new creatures are clearly just tweaked versions of existing models from the original game, it’s no less impressive how the team re-imagined all their locales and foes into something surreal. Just take a look at some of this. 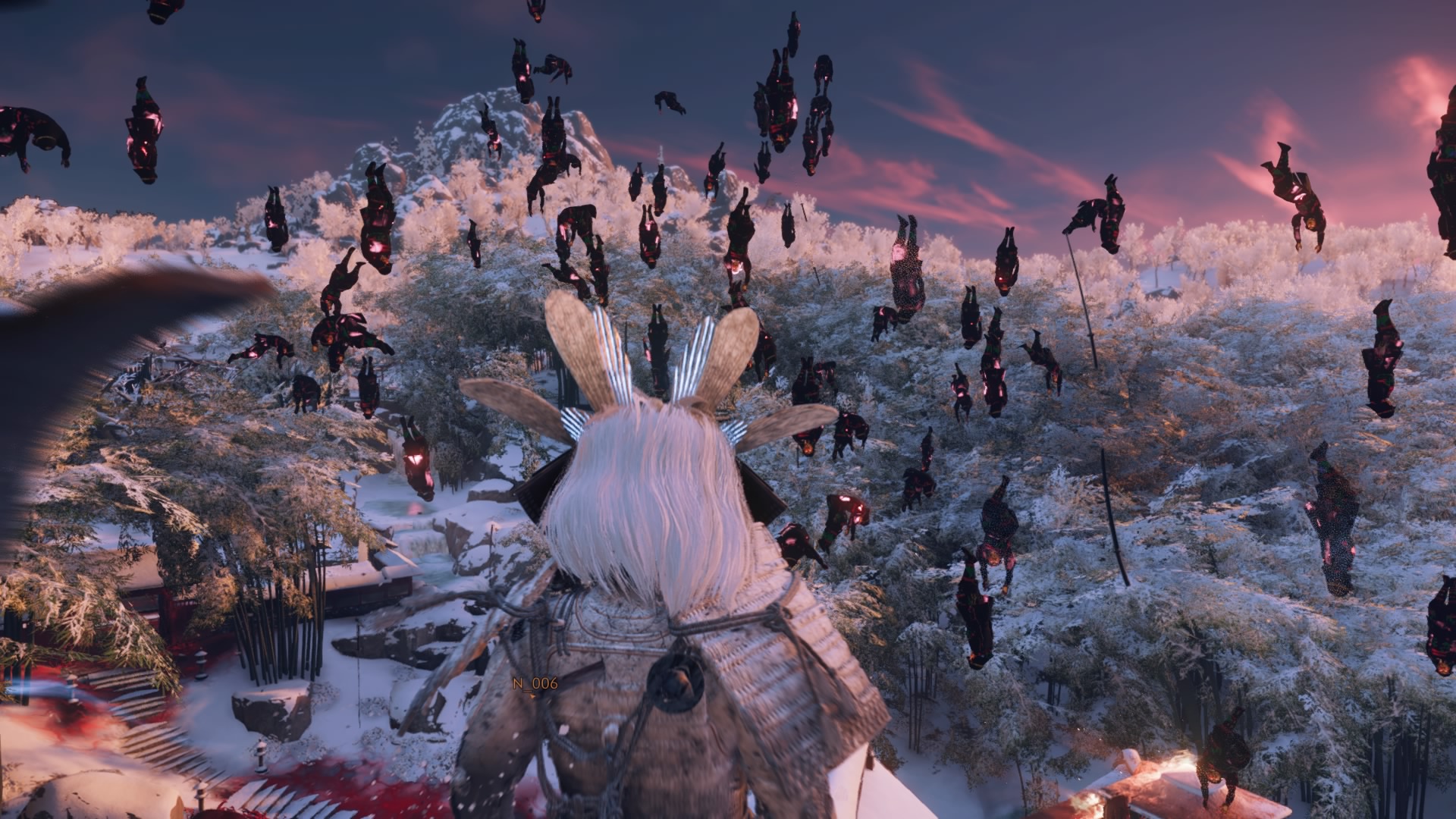 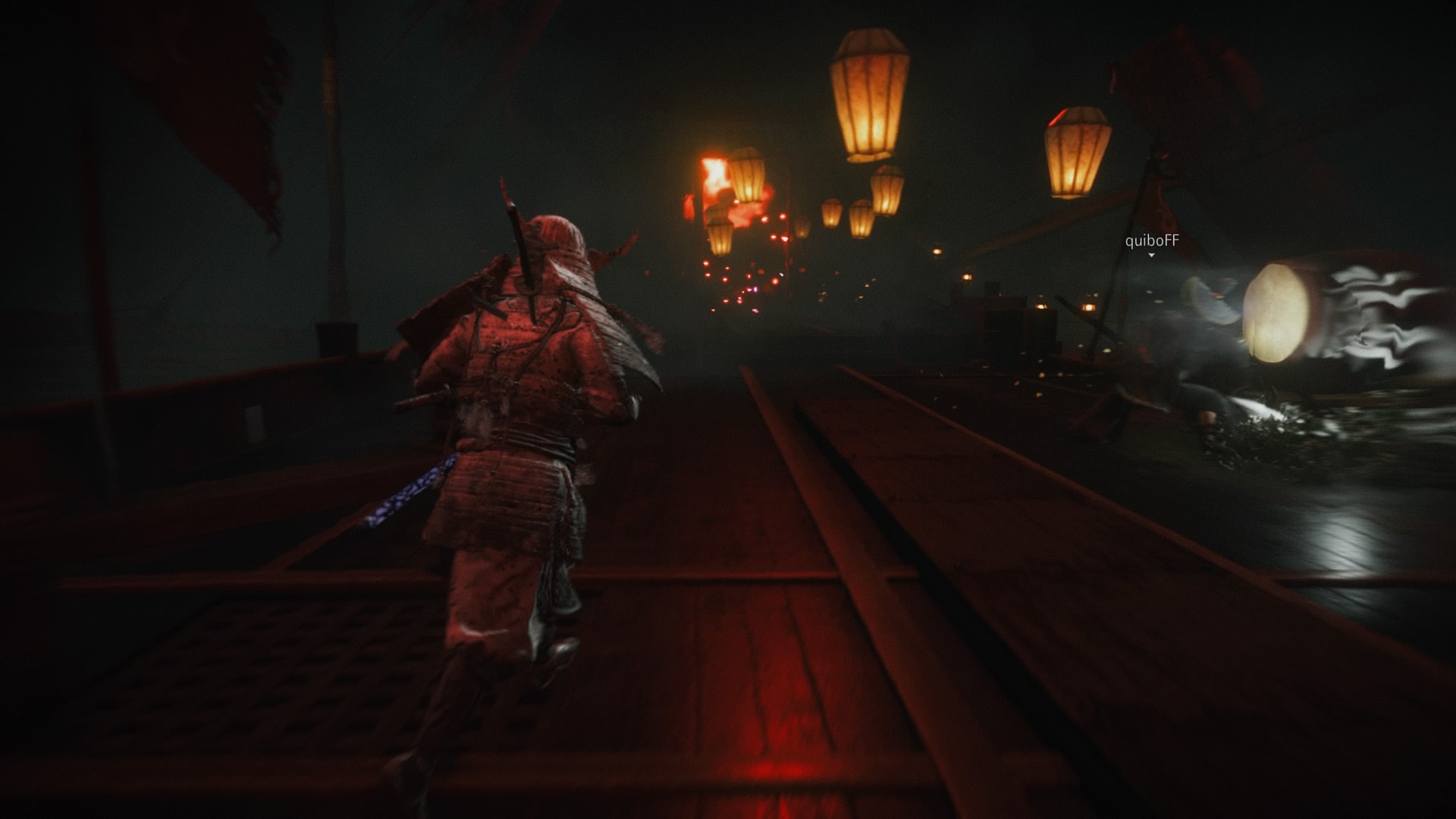 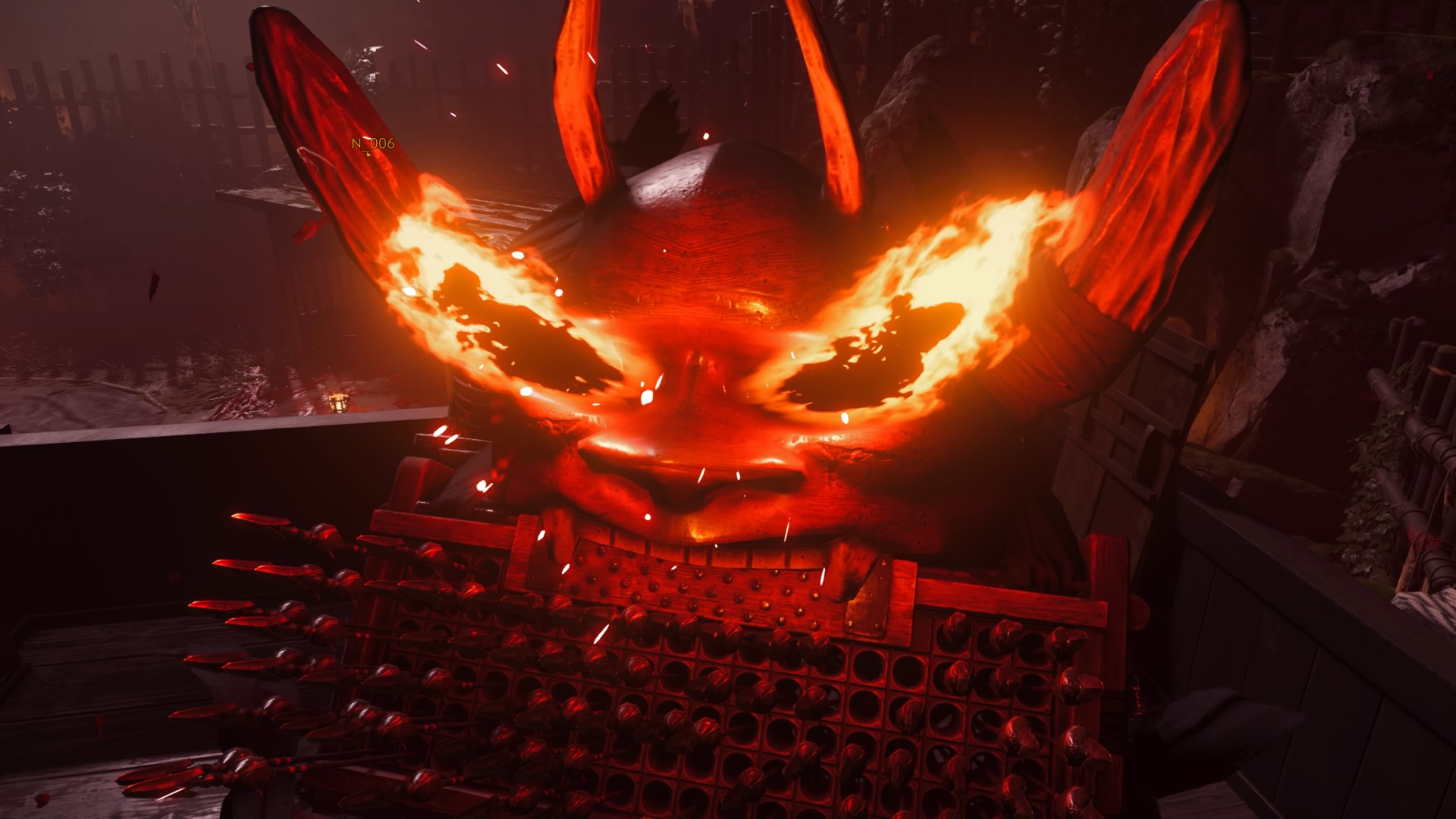 Love the demon horns on these Hwachas.

It feels like an appropriate update for the Halloween season. Everything feels otherworldly and eerie.

If what you want is a challenge, there’s an excellent sense of escalation here. Higher difficulty levels don’t just tweak numbers, they also change the types of enemies that will show up. On the easier difficulty you might face the occasional demon in the finale, but on gold you’ll see endless fields of Oni, flinging waves of crows at you or blowing up the scenery with mystical energy. The leniency on failure conditions shrinks as well when you bump up the challenge. The easier difficulties are content to let you respawn after being incapacitated for a time, but on the harder difficulties a death means failure for everyone.

These higher difficulties are where I’ve felt a real adrenaline rush. Nothing more tense then when all the other Ghosts are down and eyes are on you, waiting for the last minute save. If you’re looking for even more of a challenge, a Nightmare difficulty awaits. Once a day you can claim a special reward for completing every task in a nightmare run, which is no easy feat. And if that’s not enough, the first raid event, The Tale of Iyo, has begun. Not sure what awaits me there yet, but I fear it already. 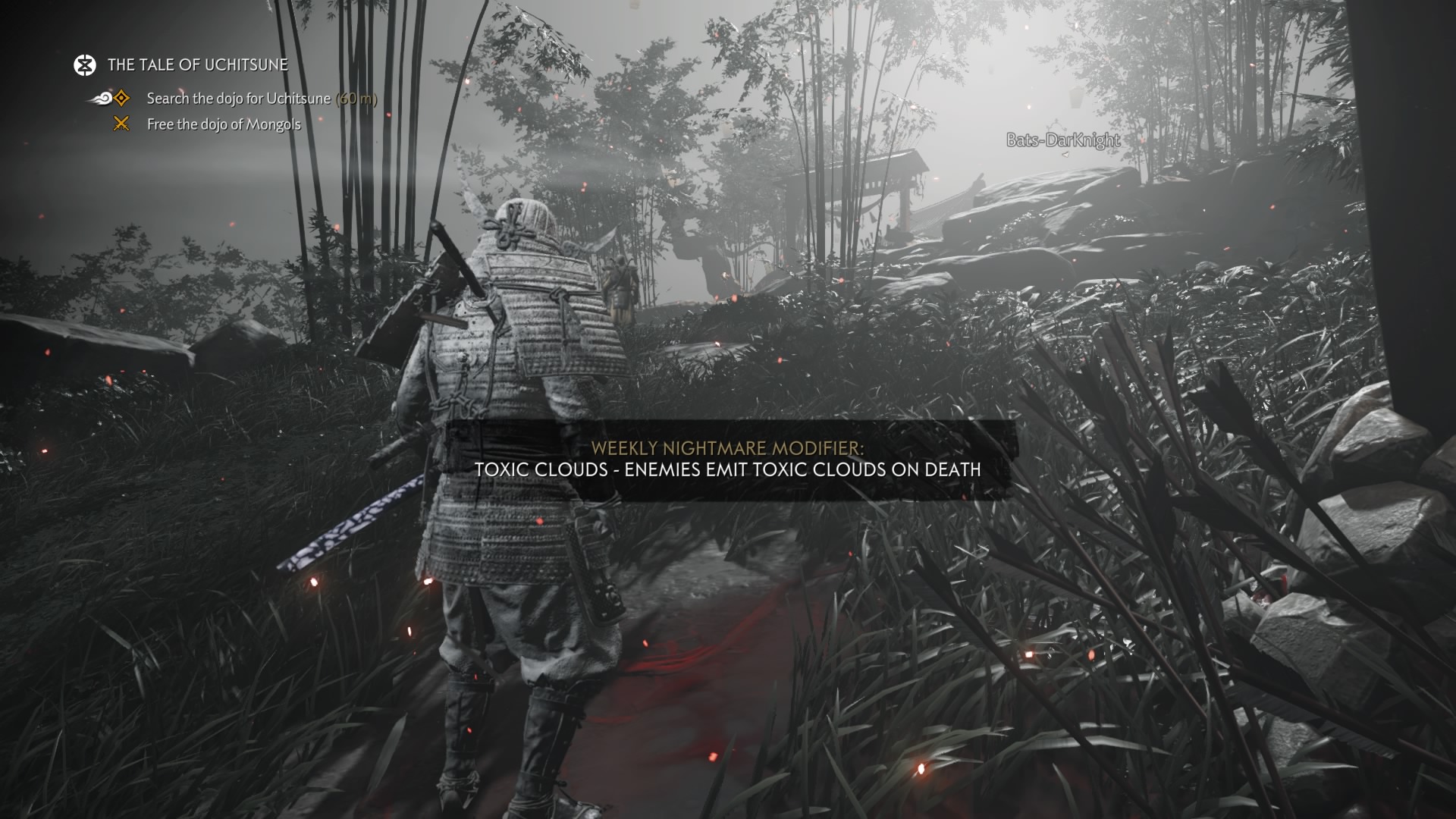 Nightmare difficulty always throws some kind of horrible world modifier into the mix.

What’s really impressive in this day and age is this mode is part of a free update. In our new DLC-laden, micro-transaction future, an entirely new online component for free is unheard of.

You can almost certainly expect to see Ghost of Tsushima somewhere on my GOTY list, but I thought I’d take a minute to recommend it earlier than that. Legends mode is a perfectly spooky time for the halloween season. 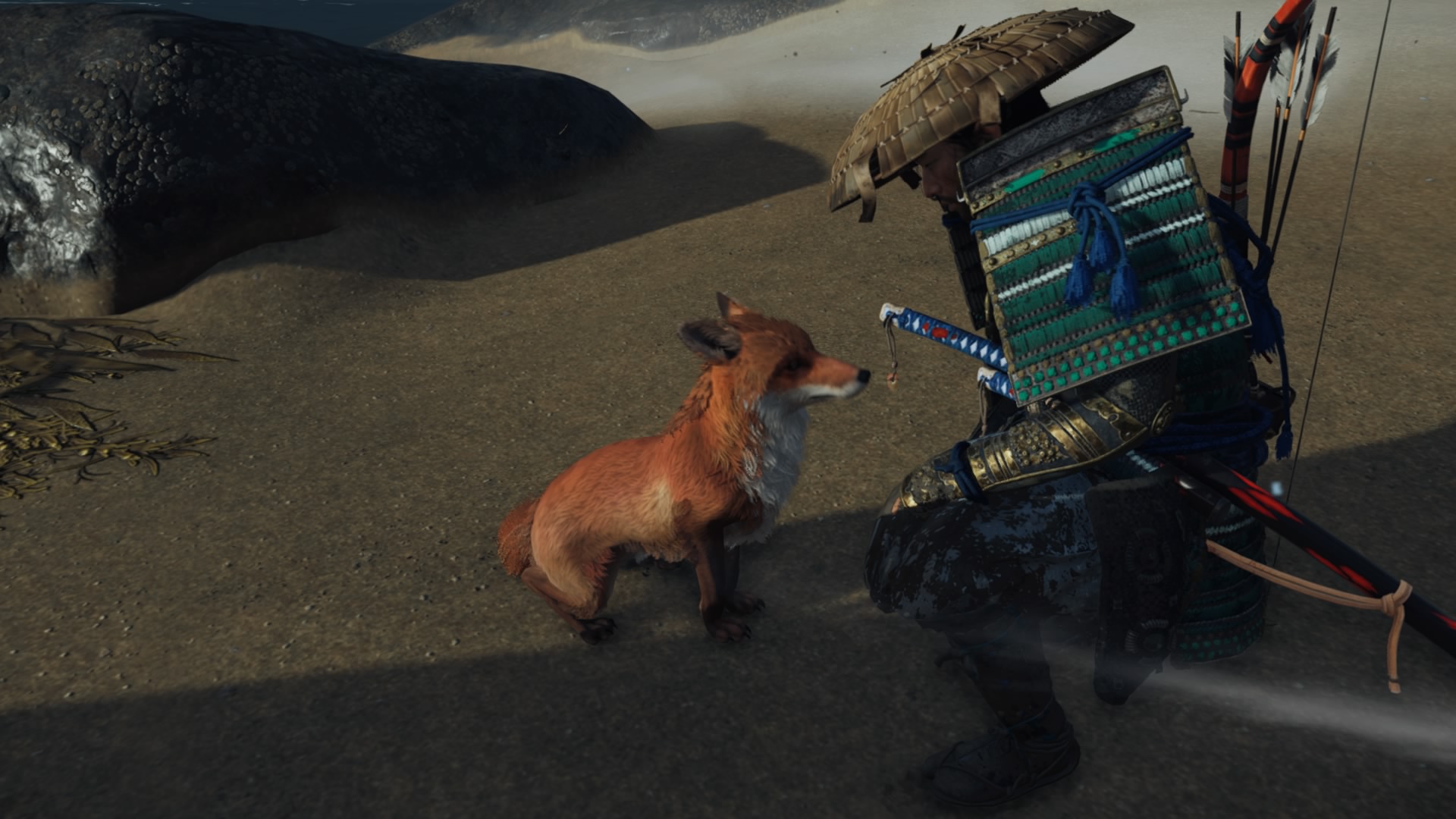 There are no shortage of foxes in need of petting out there.