Ni no Kuni: Wrath of the White Witch

The artistic craft in Ni no Kuni is apparent, helping it deliver a beautiful and charming JRPG experience.

Ni no Kuni is dripping with style. With music composed by the Tokyo Philharmonic Orchestra, animated cutscenes by Studio Ghibli, and development by Level-5, it feels like a tour de force of Japanese gamecraft. This is art in three dimensions: visual, auditory, and mechanical.

Along the visual dimension, we have the colorful, dreamlike animation sequences of Studio Ghibli, which are paired almost seamlessly with a cel-shaded in-game art style. This aesthetic consistency between animated and live-rendered visuals could only have resulted from close collaboration between Level-5 and Studio Ghibli, and the effect is has on the game’s presentation makes it well worth the effort. Of special note here is the Wizard’s Companion, a fully realized, meticulously illustrated book that the player fills out over the course of the game. 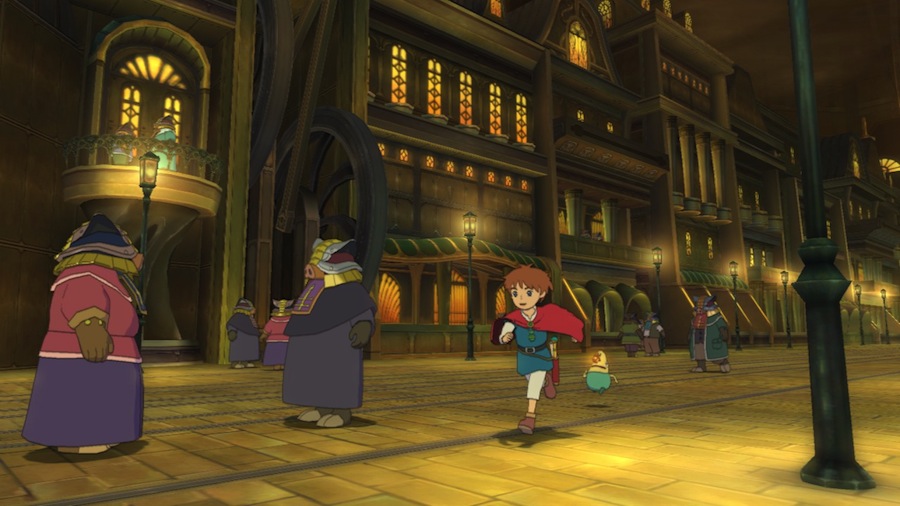 This game is gorgeous.

As a piece of auditory artwork, Ni no Kuni shines just as brightly. The orchestral score, composed by Studio Ghibli composer Joe Hisaishi, is moving, varied, and memorable. It lends a perfect accompaniment to exploring the game’s well-realized world and it’s the sort of soundtrack that extends beyond the game into something that is worth listening to solely on its own merits. Additionally, I would be remiss if I didn’t mention Steffan Rhodri’s fantastic performance as Drippy, Lord High Lord of the Fairies, which provides some delightful comedic relief to the story. 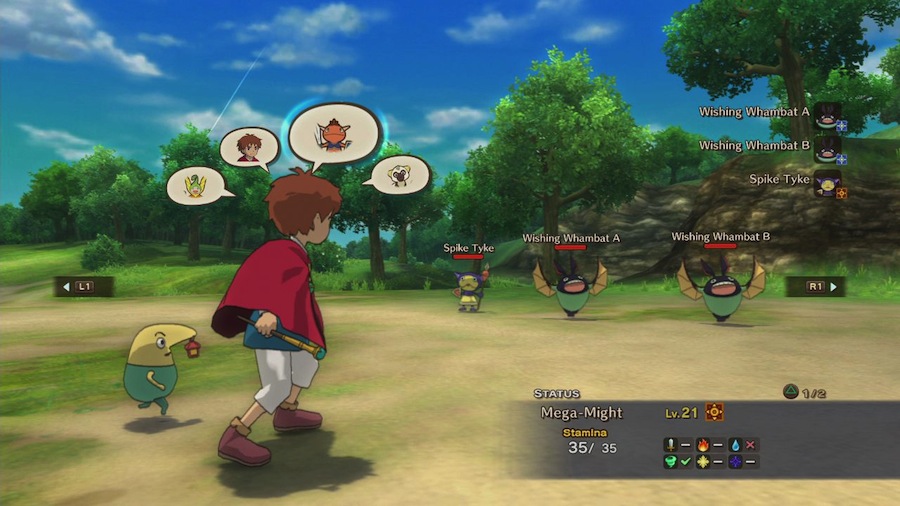 For all its cartoonish charm, combat can be surprisingly frantic.

In its final dimension, Ni no Kuni is a specimen of mechanical art, featuring a complex, intertwining set of largely successful systems for character progression, exploration, and combat. From collecting and leveling up familiars, to learning spells that open up new interactions with the world, to seeking out quests and chatting with townsfolk, there is enough depth to be found within the game’s mechanics to make it engaging and satisfying.

Indeed, each of these three dimensions contributes its own vital piece to Ni no Kuni’s whole. Without all three artistic successes, the game could easily have fallen flat, but instead everything seems to have come together to give us a finely crafted experience that is worth having.