Where's Waldo, but with Guns

Sniper: Ghost Warrior is pretty much just what it says on the tin, but I’ll be damned if it doesn’t have some surprisingly intriguing multiplayer.

You know all those first-person shooters out there? You know how the best part of them is always the sniping? What if I told you there was a game exclusively about sniping? Would that not be the greatest thing ever?

That game is Sniper: Ghost Warrior, and it’s probably not the greatest thing ever, but hey, it cost like ten bucks. 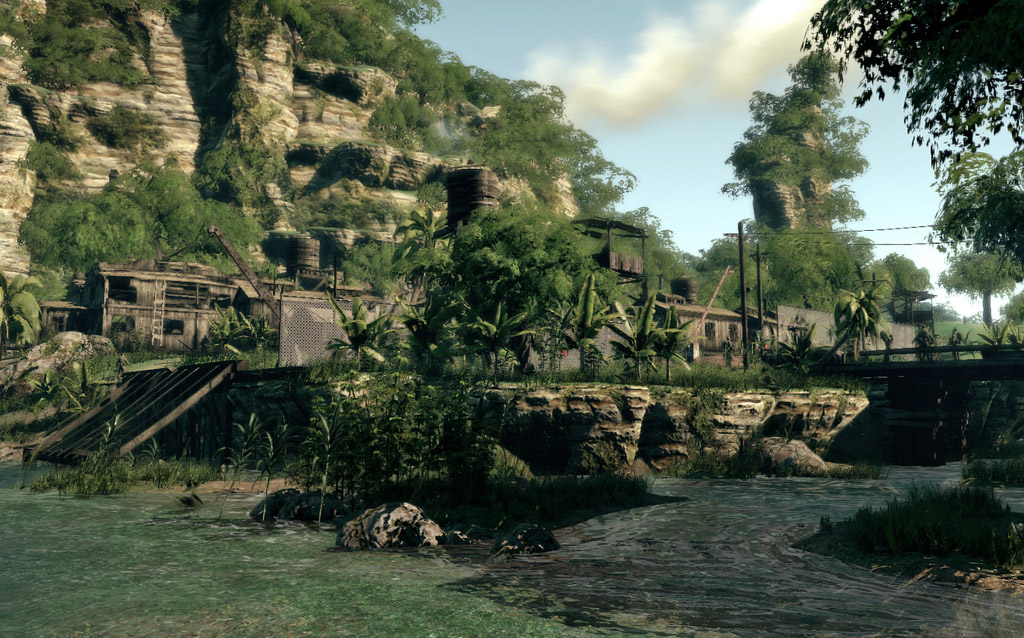 Is it just me, or does this game have some seriously impressive foliage tech for a budget title?

Imagine two snipers positioned on opposite sides of a lush ravine, each trying to pick the other one out from the environment and get a kill shot in before they themselves are sniped. Now imagine this with twelve snipers, either in free-for-all configuration or divided into two teams. To borrow a friend’s instinctive description, it’s basically Where’s Waldo?, the game. 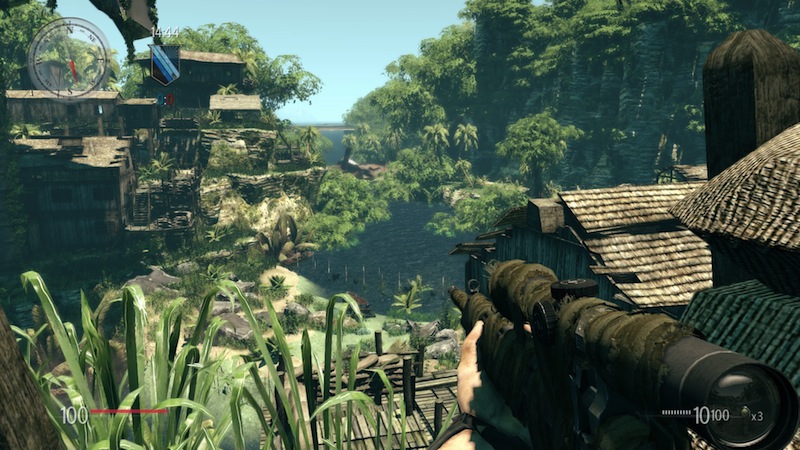 Perhaps the most miraculous thing about Sniper: Ghost Warrior’s multiplayer is that it manages to avoid devolving into the fast-paced pistol murder-fest that I would peg as the logical end-point for this sort of experience. I’m not yet sure whether this is because the game design somehow discourages run-and-gun play or whether the Xbox Live player community is just making a conscious choice to not subvert the game’s intentions.

Regardless of how it ends up there, this is not your typical FPS multiplayer experience. Much of it is spent crouching in a leafy hiding spot, looking down the scope of your chosen sniper rifle, and trying to pick the form of an enemy sniper out from the dense foliage.

Once you’ve identified a target, you’ll need to calm your breathing, aim high enough to account for gravity and wind, and pull the trigger. When your shot doesn’t hit its mark (a highly likely outcome), and your target scatters away for a safer spot, you’ll be left to back away, reposition yourself, and try the whole routine over again.

All of this results in something oddly peaceful — an FPS multiplayer experience without the ear-shattering gunfire, bloodbath skirmishes, or hectic close-quarters scenarios. Most of your time is spent listening to the natural sounds of the environment, scanning the treeline through your scope, and waiting for something to happen. While this isn’t the most thrilling gunplay out there, it’s a surprisingly satisfying experience.