You Wanna Hoop? Too Bad.

The Tunes may not play basketball here, but Space Jam: A New Legacy is a video game. Of this, we can be certain.

Now quick, what’s the first thing you’d expect to do in a Space Jam game? If you guessed “play basketball,” you’re right! 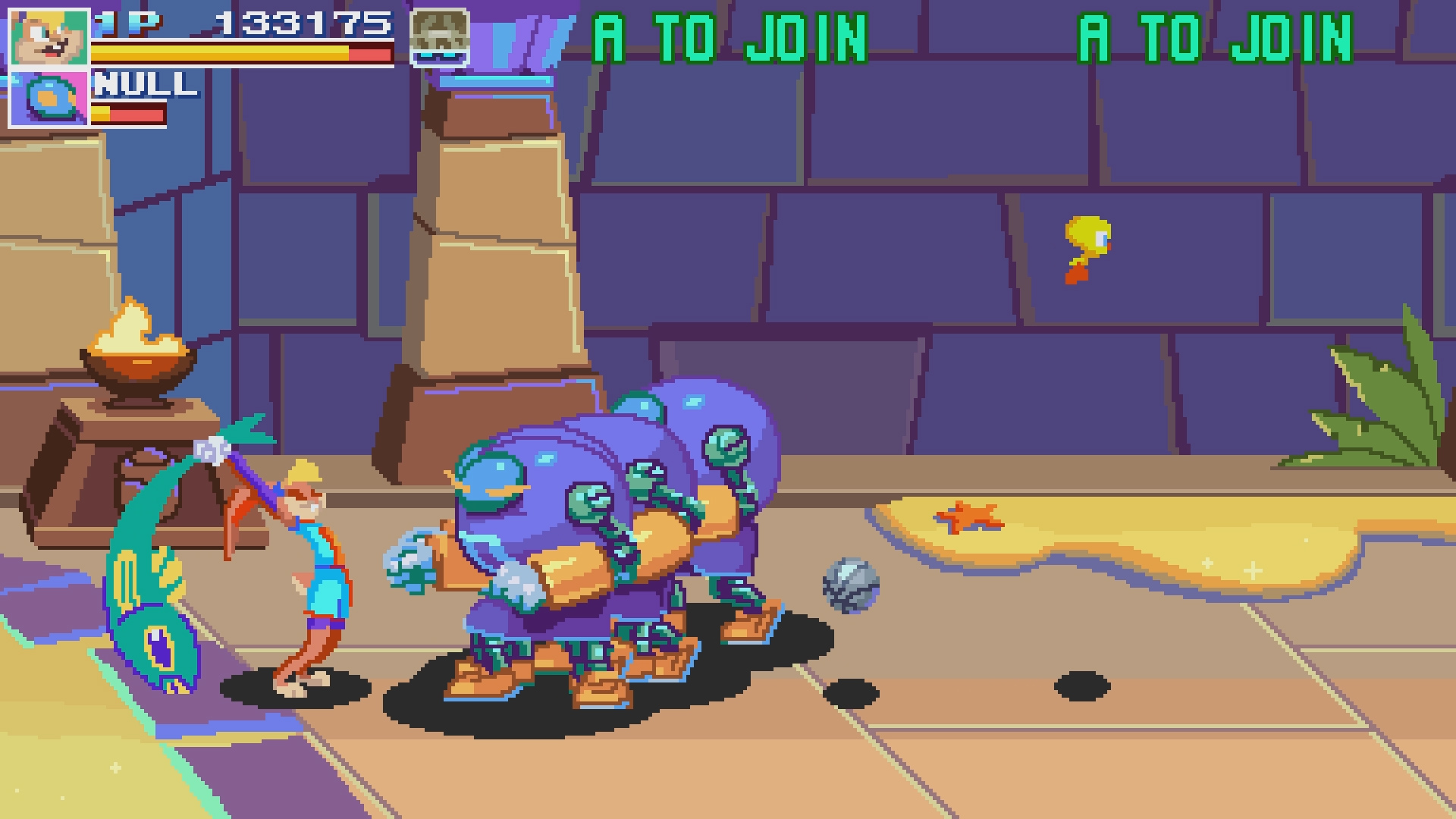 ...in so far as a basketball is present while you play a passable Streets of Rage clone. 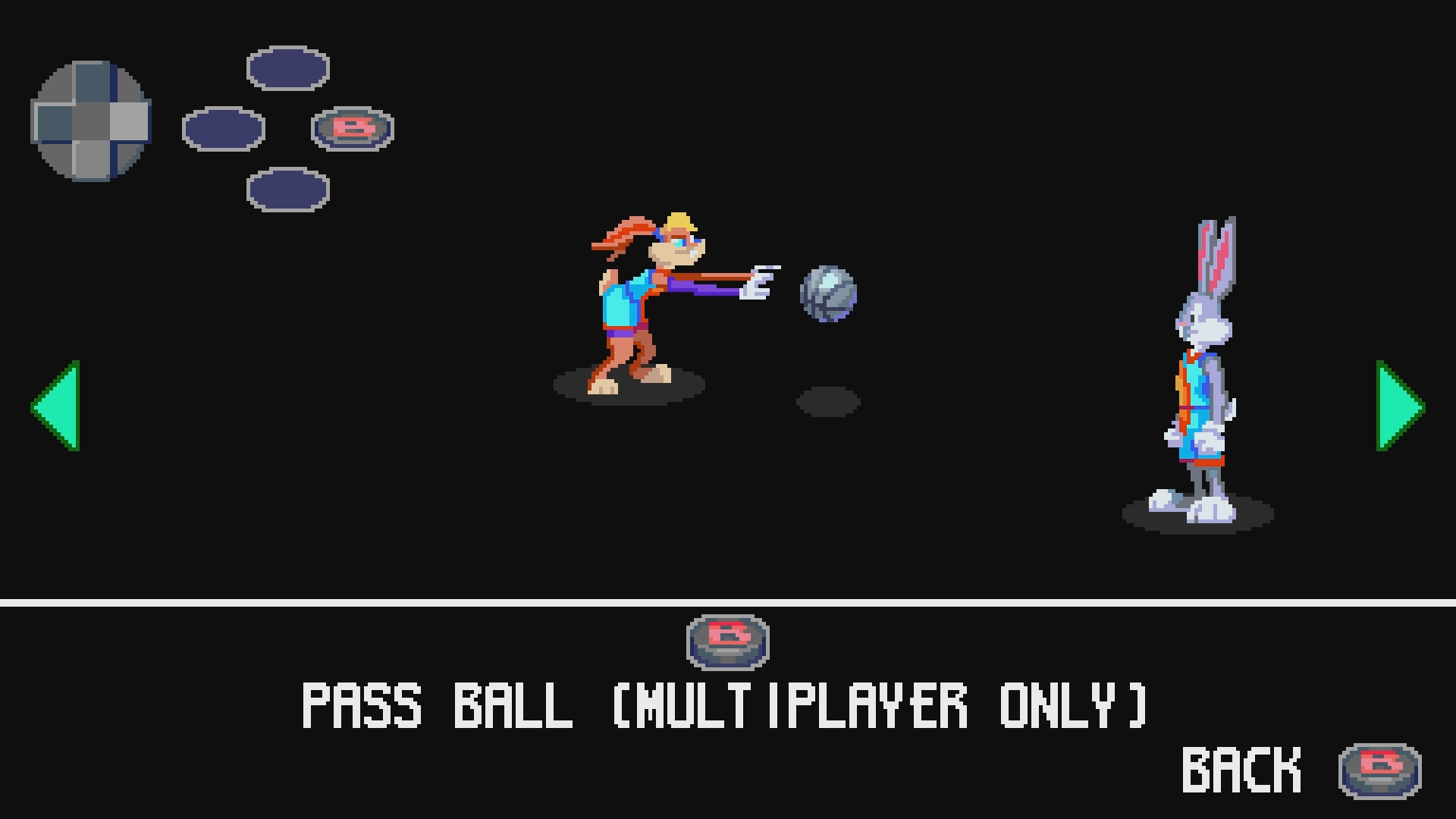 Up to three people can suffer with you. Fortunately no one will get mad at you for hogging the ball, for reasons I trust will be obvious soon.

I am absolutely enraptured by this basketball. I can't stop thinking about it.

There’s the start of a fascinating concept here, providing a single shared weapon between friends. In a more fully realized product, maybe you’d be put in situations where you get split up, or where the ball is the only way to do damage. Maybe there could be a situation where, say, one person has to distract a boss while another has to smack it in the back. Or there could be situations where an enemy can only be damaged with stylish dunking.

None of these occur, and quite frankly, the ball does not matter. For a few reasons... 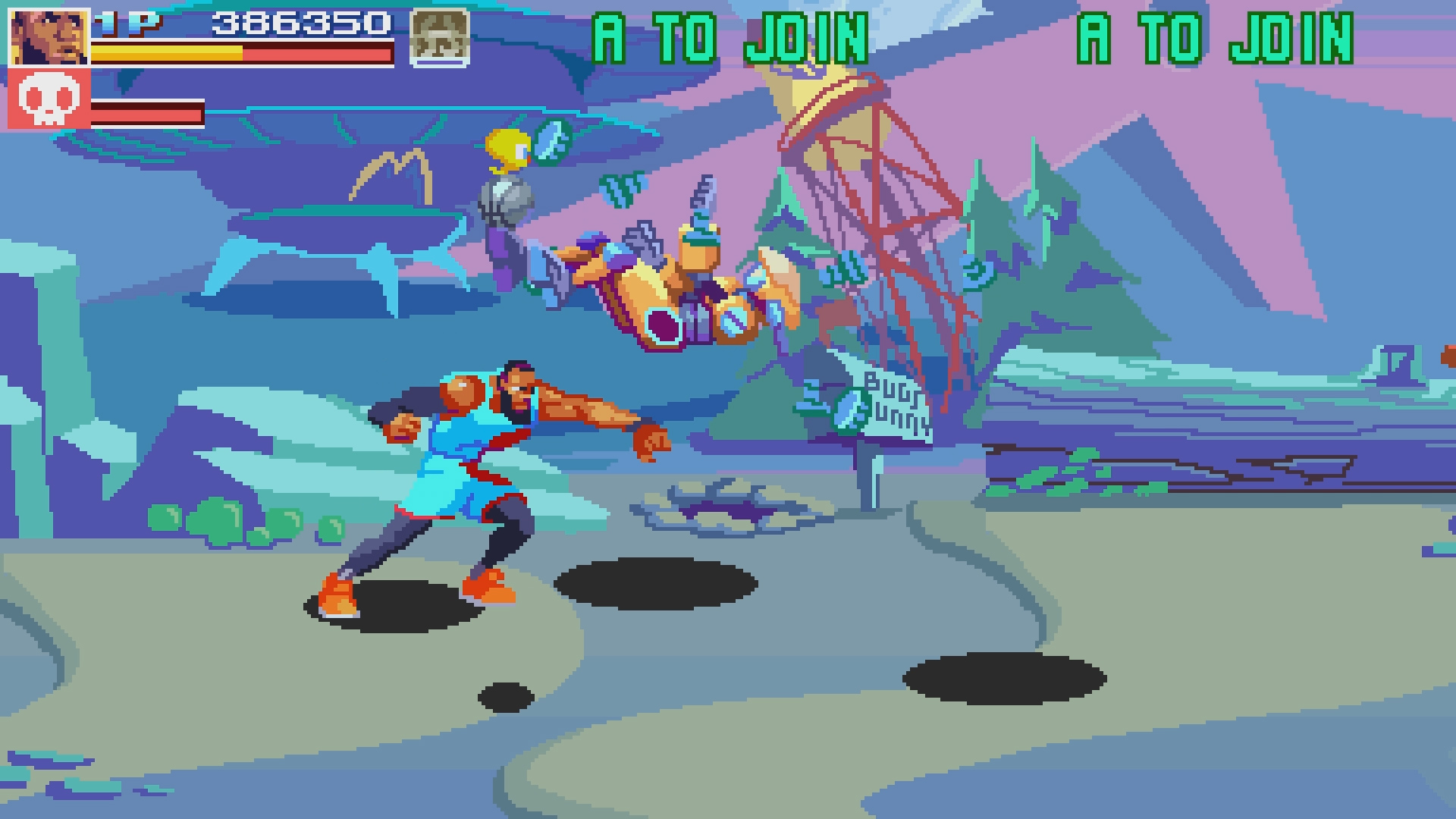 Lebron, Bugs, and Lola eat up an awful lot of screen real-estate already, meaning a ranged weapon only does so much. Lebron in particular has some exceptional reach, which is something of a fun irony — the actual basketball player has the least use of the ball. In a game with more screen space and smaller sprites, I could see managing the ball as paramount. Here, it is not.

No Ball Only Situations (Or None That Really Matter) 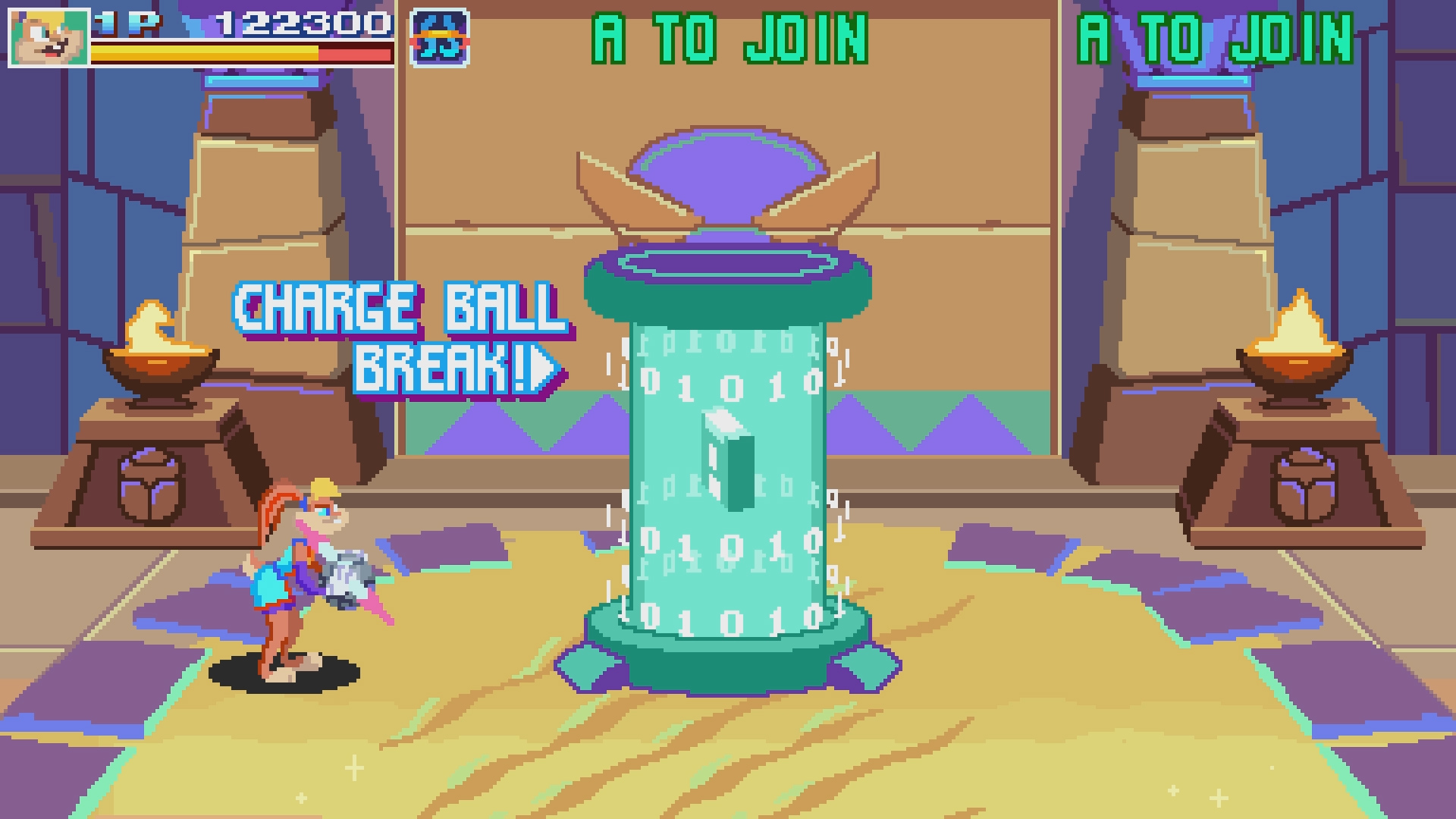 There are a handful of situations where the ball is essential to progress, but this amounts to tossing it at a canister to shatter glass. A fairly pointless exercise, necessary only to progress to the next stage. This could’ve been replaced with walking forward or a normal punch, and nothing would’ve been lost.

The best use of the ball is as a crowd clearing tool. Charge it up, jump, and throw. Done.

Beyond this, I recommend pressing punch — your only other button besides jump and pass.

Okay, in the interest of fairness, you do have two other functions. An area clear ability which eats up some health, and a summonable guest character.

Despite the disrespect for the sport of basketball, there are good parts to Space Jam: A New Legacy.

A Serviceable Beat 'Em Up 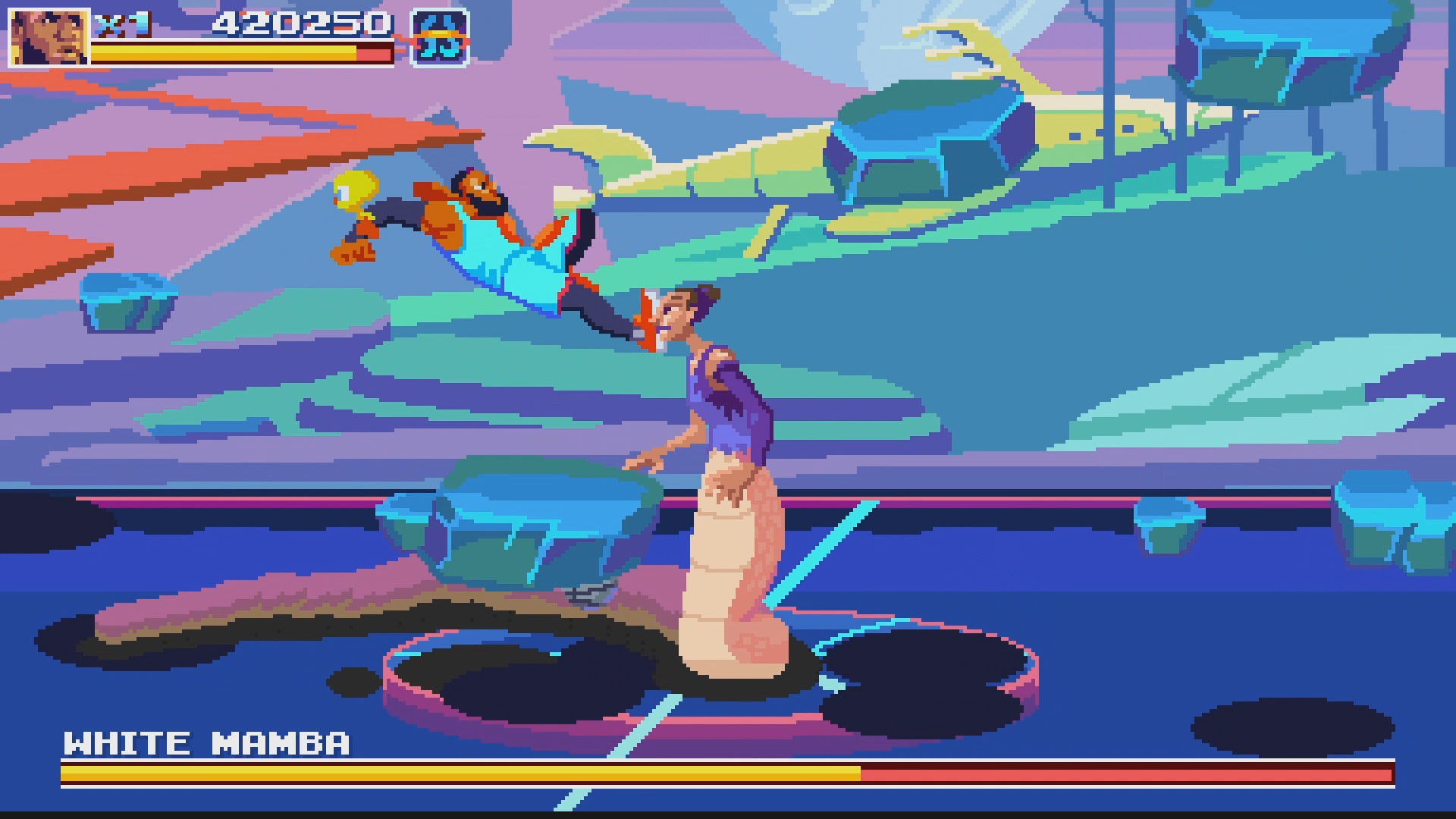 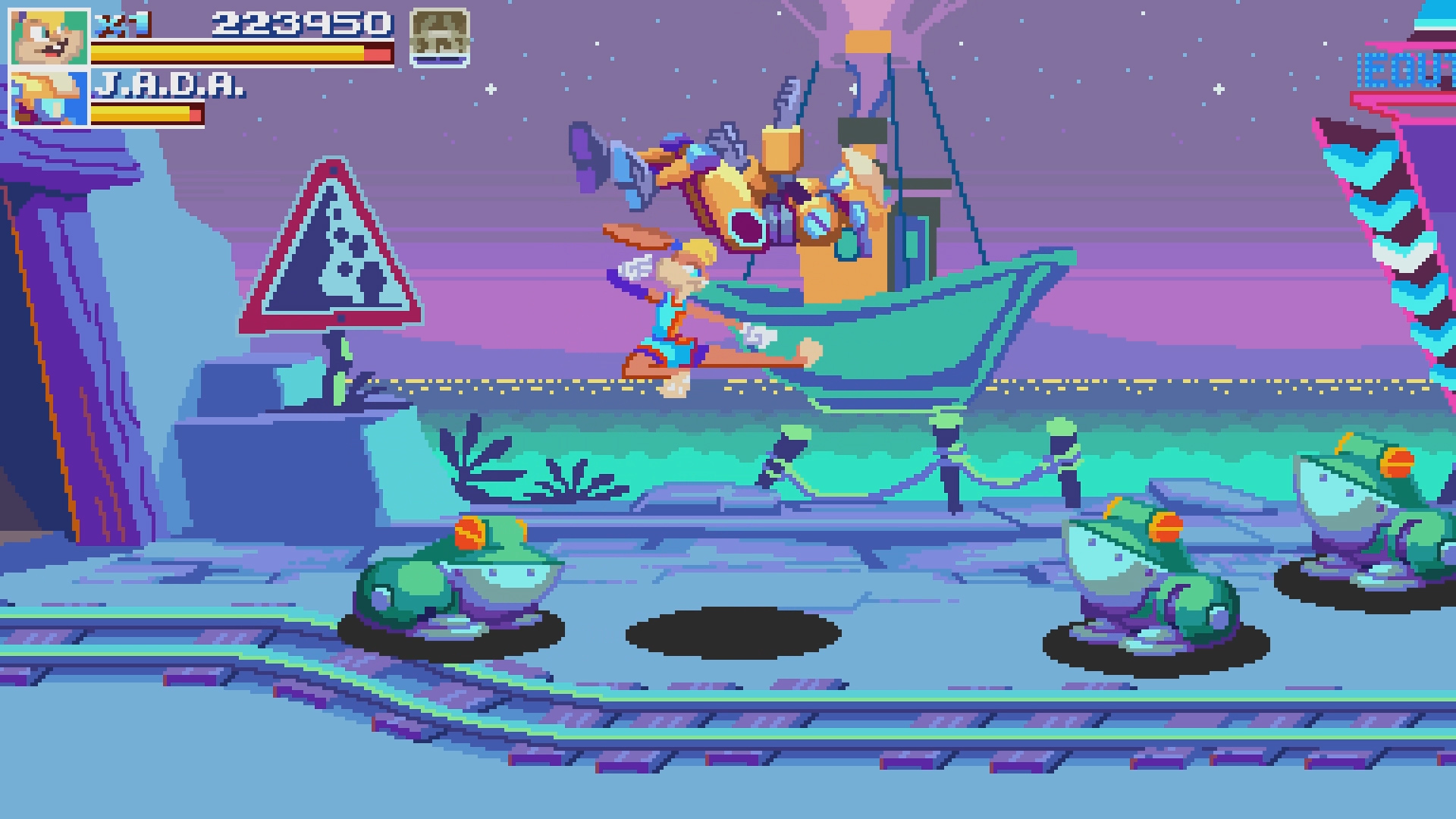 It looks nice, doesn’t it? We got some bright, vibrant colors. Everything pops. Could it be more Looney? Sure. But it’s at least got a modicum of Looney in its aesthetic, and that’s worth appreciating. 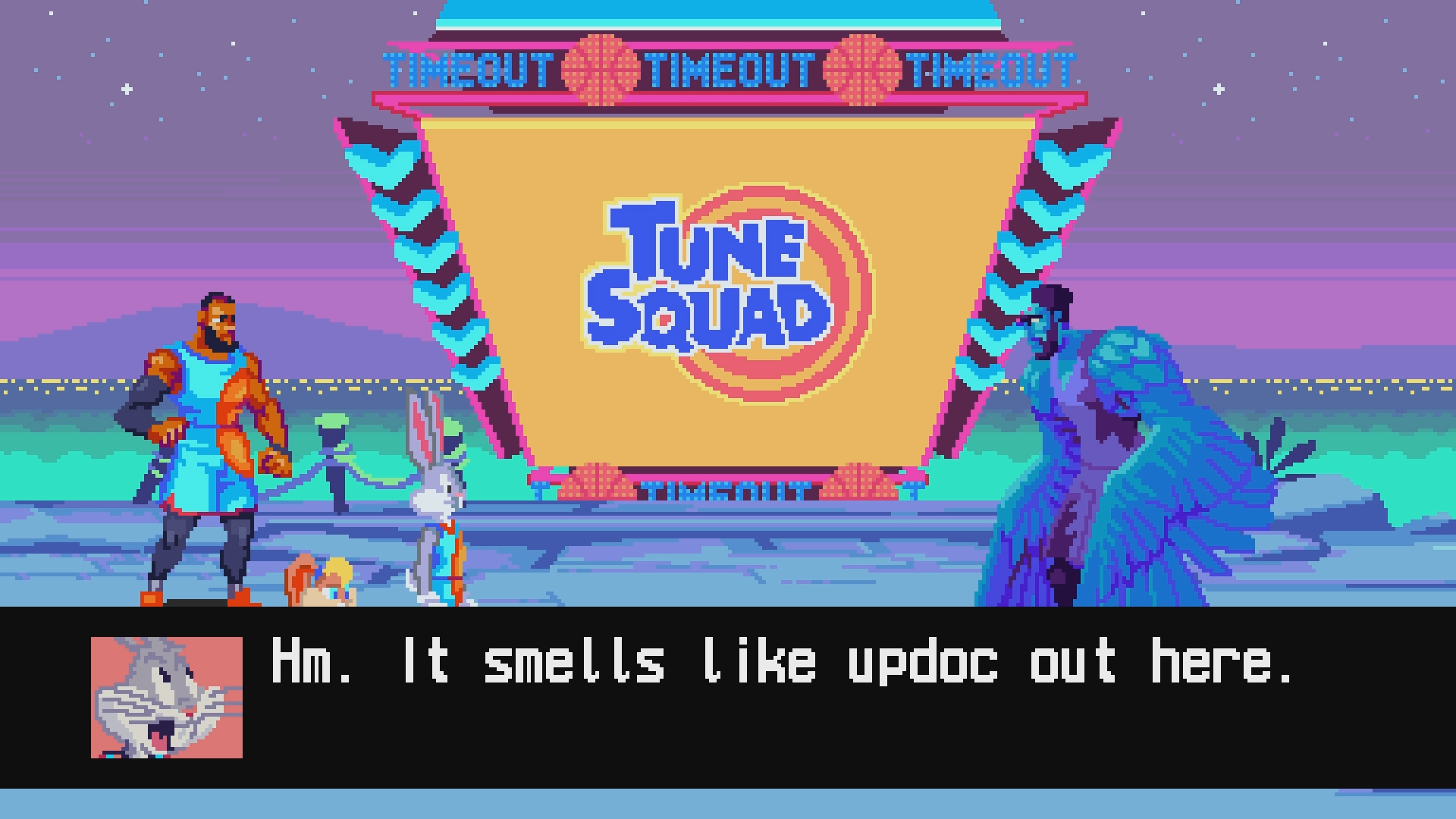 The greatest sin Space Jam: A New Legacy commits, of course, is no basketball (the sport, not the ball). The ending, in fact, references that a basketball game will occur, but this is merely an invitation for you to go buy a ticket to see the movie. 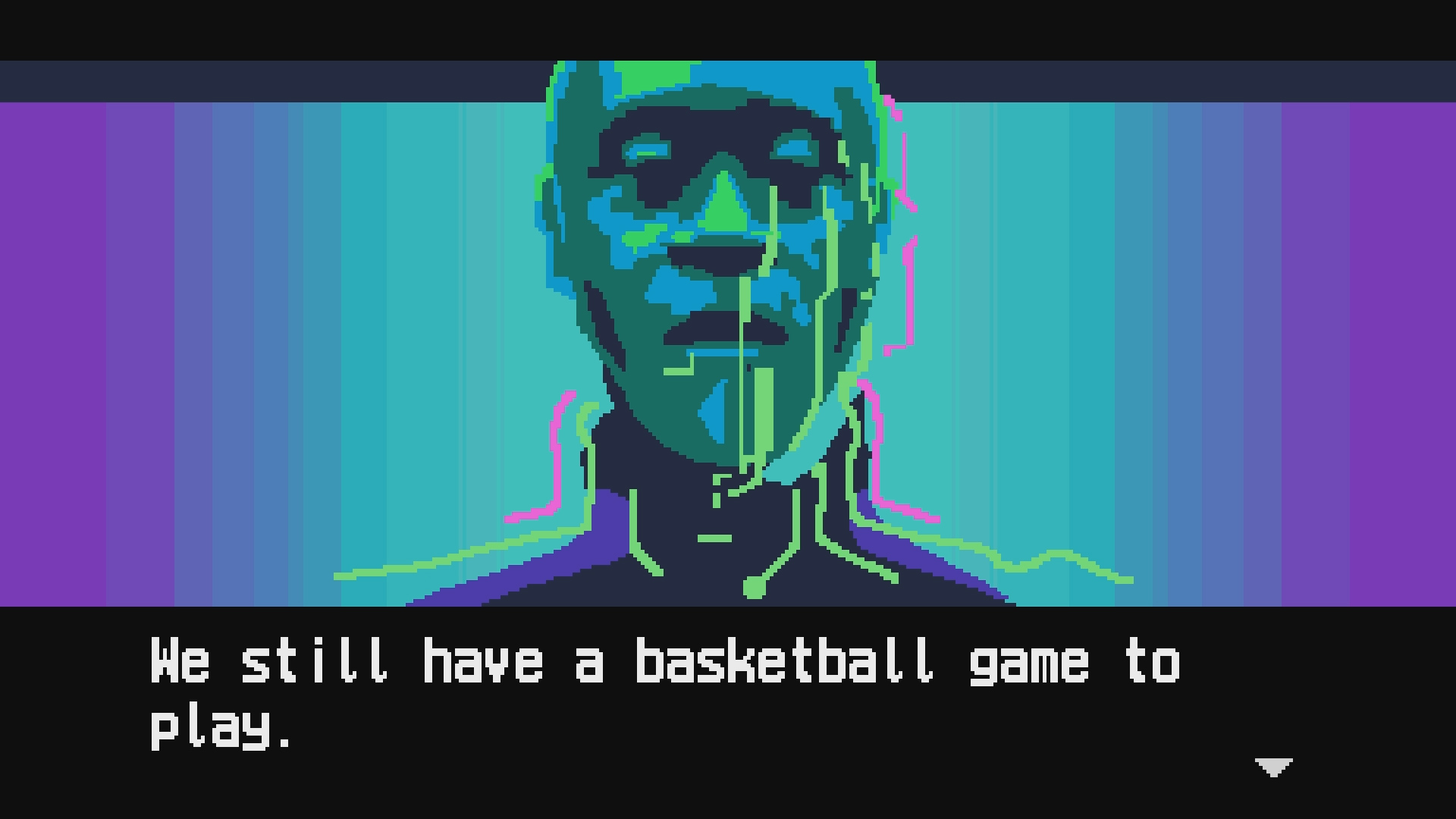 So listen... that’s it. That’s all I got. Space Jam: A New Legacy is too competent to further mock, but too mundane to recommend. I’ll repeat a recommendation from the stream:

“I recommend Space Jam: A New Legacy if you are a relative of Lebron James and want to play as your uncle, father, cousin, or brother.”

Now you may be wondering, “if this is the end, why can I still scroll down?”

The answer is I’m about to wind the clock back so hard, Pumped Up Kicks and Walkmans will be cool again.

Welcome To The Jam 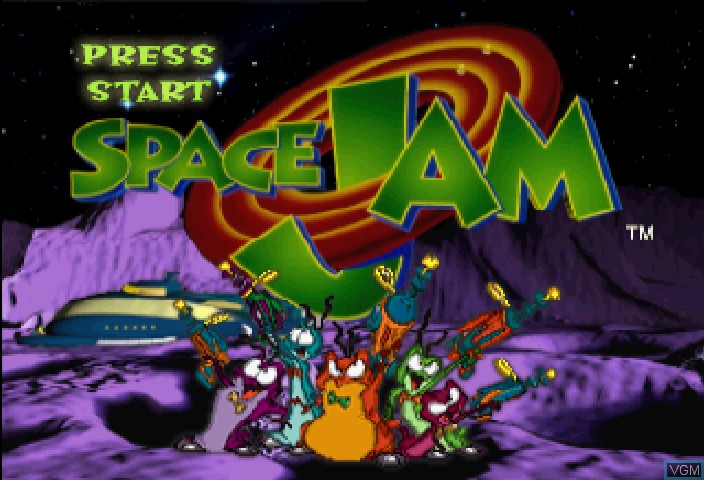 It’s 1996. Ted Kaczynski has been arrested, Bill Clinton has been re-elected, Desert Strike is underway.

Also, Space Jam for the Playstation and the Sega Saturn is out. 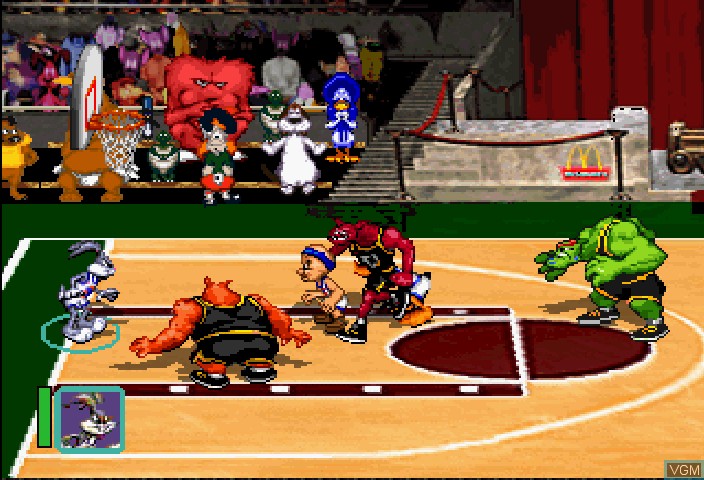 You are here to play basketball. Select a team of three Tunes to take on three Monstars on the court, and get to slamming.

And now, my trick is laid bare — I used Space Jam: A New Legacy to discuss a related and highly underrated licensed movie product.

At a fundemental level, this is NBA Jam but with Looney Tunes characters. It’s even made using the NBA Jam Extreme engine, which again, means you actually play basketball. Cannot stress that enough. But outside of just decent basketball, there's a ton of creative energy on display. Listen — in the 90’s, we were really excited about the new storage capacity of disc-based technology. We crammed music and voice over into everything, and Space Jam is no different. The game has announcers who commentate your game and discuss the half-time results. 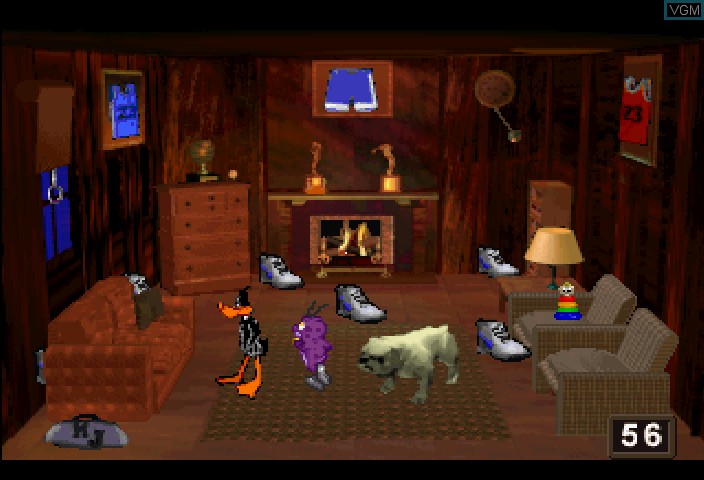 There are mini-games between quarters which are... not great, honestly. In the above mini-game, you run around Michael’s room collecting his excess Air Jordans.

If you want a solid Looney Tunes basketball product, I am here to report it came out in 1996, and alas, cannot be found easily today.

I also feel the need to place this in a proper historical context, so to close out, let’s do that.

When Space Jam hit store shelves in 1996, it was critically panned. At the time, it was widely considered a disaster. “Dr. Zombie” from Gamepro called it “simplistic and repetitive,” Gamespot said it “looked 16 bit” and “had no 3D polygonal characters or texture mapping". Both gave it a poor score on their respective scales.

I’m here, in a classic contrarian T@P way, to say Space Jam (1996) was done dirty. Dirty. I believe critics at the time were anticipating more from next gen technology and in doing so, judged a good product harshly and unfairly. Many articles from the time decry Space Jam, and claim it could've been an SNES game. This is simply not true; Space Jam still took advantage of new technology, it simply did it in a way most critics weren't looking for at the time. And besides, looking back at other Saturn games now, do you really want to see a 3D Bugs Bunny? I didn't want to see it then, and I didn't want to see it in the Space Jam: A New Legacy movie either.

It ain’t perfect, but guess what? Neither was Space Jam.

I’m here 25 years later in the wake of A New Legacy to set the record straight. Space Jam (1996) is good, its creators deserved better, and we’re lucky they delivered a Space Jam game where the Looney Toons actually play basketball.

Yosemite Sam knows how to shut up and slam.