Super Hexagon is out for Android devices this week, and it's... not an easy game.

Designed and created by Terry Cavanagh of VVVVVV fame, Super Hexagon combines incredibly simple mechanics with colorful visuals and a pulsing, memorable chiptune score. The music serves as a constant motivation, beckoning you to keep trying, even in the face of a seemingly impossible difficulty ramp. 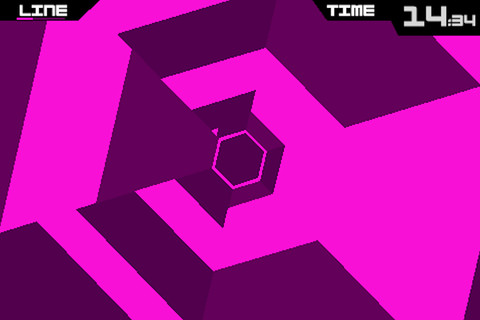 Make sure the little triangle stays away from the lines. That’s pretty much it.

At $2.99 on Steam and $0.99 on Android for the moment, you really can’t go wrong here. You’ll probably also want to pick up the game’s soundtrack over at Chipzel’s Bandcamp page, because in addition to playing Super Hexagon, it makes a fantastic companion to pretty much any activity.