With its endearing wit and dark sense of humor, The Cave has won me over for Game of the Week (albeit with a modicum of tedium thrown into the mix).

Spelunkers be warned; The Cave is not a dark, dank pit in the ground to be explored. It is a living entity capable of showing you your darkest desires and deepest secrets, and it has no problem making fun of you as it puts all this on display.

Not that you yourself will be dredging its depths. That task is left to seven intrepid adventurers, each seeking the object of their greatest desires. After choosing three of the seven to control, the journey begins. The Cave itself narrates the trek to you, happy to provide misleading encouragement and reveal your groups personal character flaws, usually with a callous brevity. 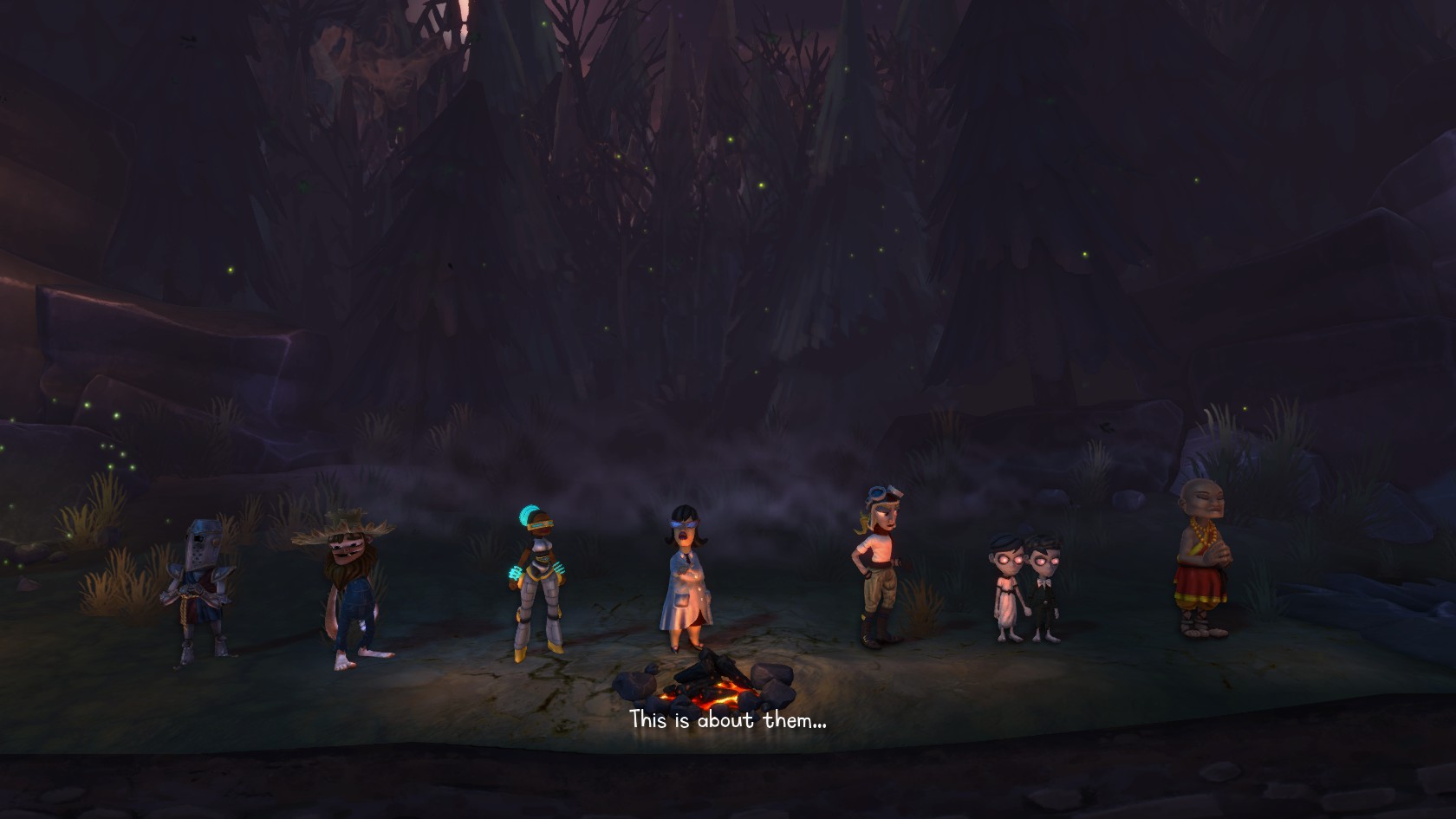 I dub thee, The Fellowship of the Cave.

The paths open to you in the Cave change to accommodate your choice of adventurers. Some puzzles remain the same regardless of your group, but the best areas are tailored to a specific character and often reveal what brought them to The Cave’s depths in the first place. The Knights encounter in particular had me in stitches, as a completely routine fantasy story goes horribly awry.

The only time I did not enjoy myself is during the solving of multi-faceted puzzles. A few alterations have been made from the typical adventure game format. Instead of picking up everything you’ve ever found in your entire life and smashing them together hoping to advance the plot, each character can only carry one item at a time. It does a great job streamlining the process, because there’s a very limited amount of items available to solve each puzzle, and you rarely need to carry something beyond the area you used it. 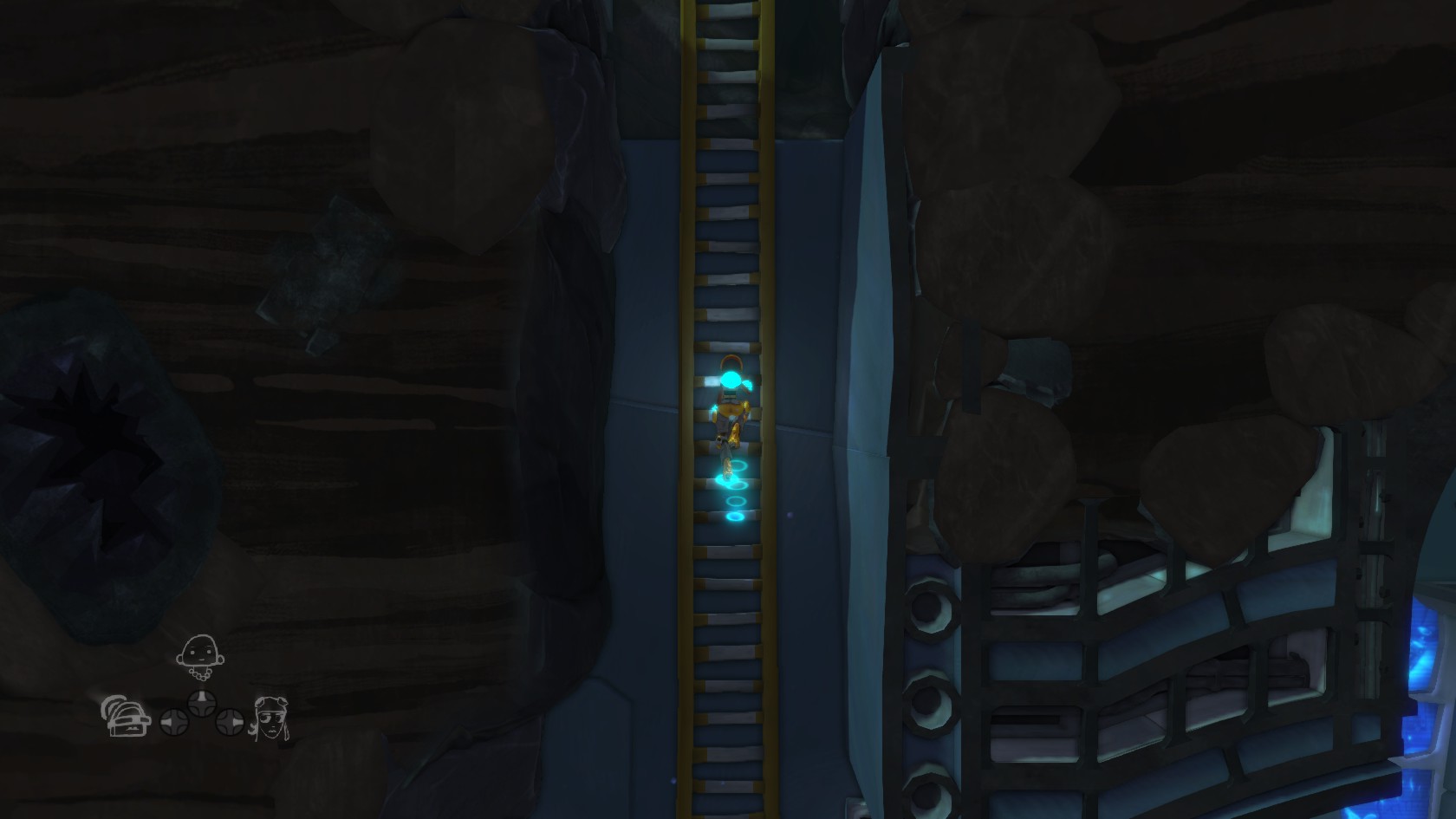 I hate ladders. I hate them so much.

However, When you can only control one character at a time, use one item at a time, and have to climb six ladders and swing across two ropes to reach the next item, things can get old fast. When you don’t know how to solve the puzzle, it becomes frustrating to have to spend several minutes backtracking to the next item you’d like to try. When you do figure it out, it gets frustrating to spend another several minutes getting every character in place and getting them the accordingly correct item. During these times The Cave itself rarely speaks, so you don’t even have its pervading wit to keep you entertained. 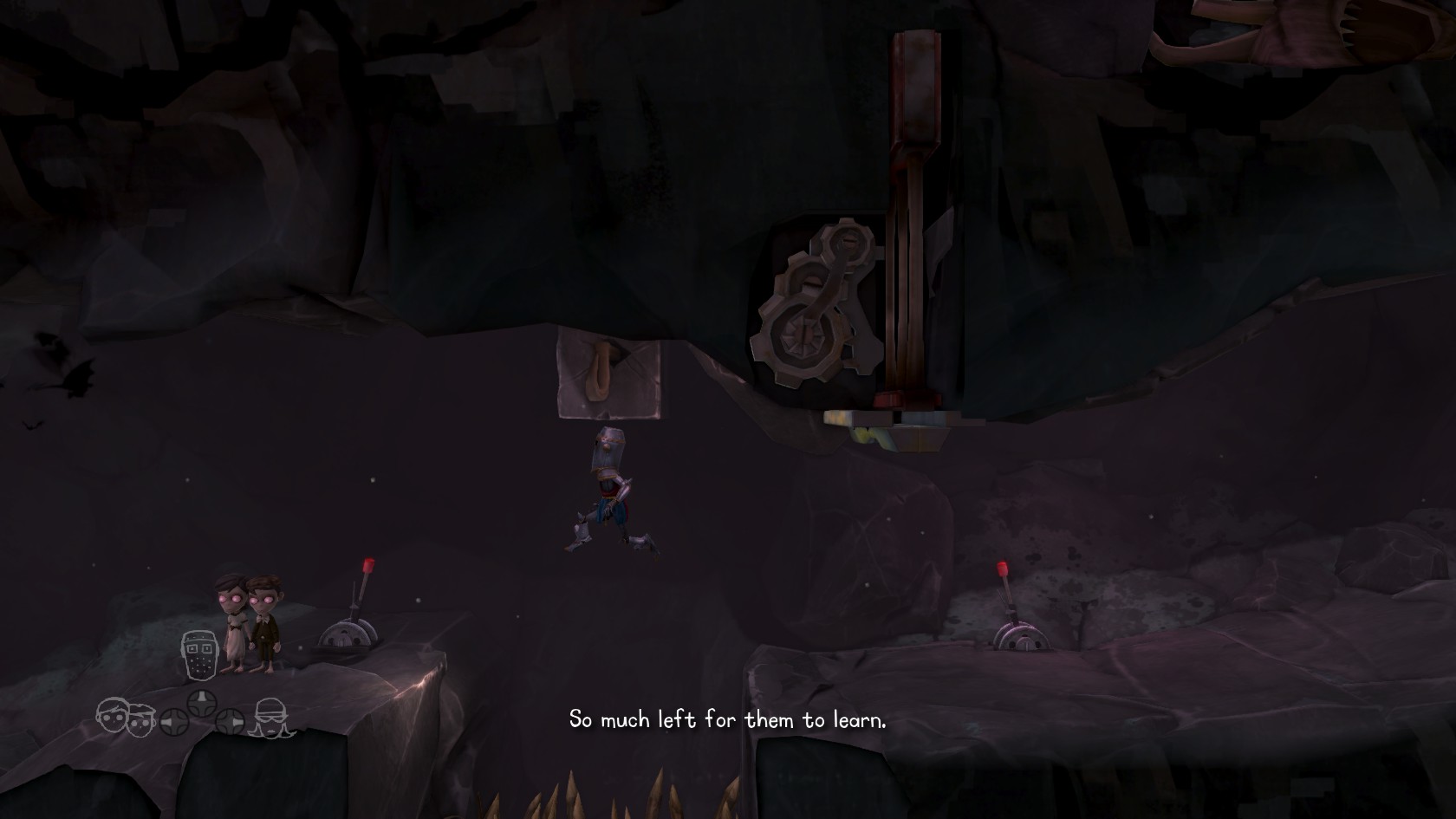 So, my suggestion? Grab someone else! The Cave supports up to three players locally at once, and it does wonders to streamline the experimentational period of each puzzle. It even makes the occasional puzzles that require careful timing much easier to execute. Plus, if you intentionally drop the ball on your end, you can often sabotage your friend! And I did. Several times.

Despite my reservations on the adventure game side of things, I’m already planning out my next journey and deciding which set of adventurers I’d like to see play out. Even when the jokes didn’t make me laugh out loud (and they usually did), I still went through the game with a big smile on my face. In many ways The Cave showed me in the darkness within myself, as I reveled in all my adventurers having their desires twisted in exceedingly roundabout ways.

Play through the Knight’s story. Trust me on this one.